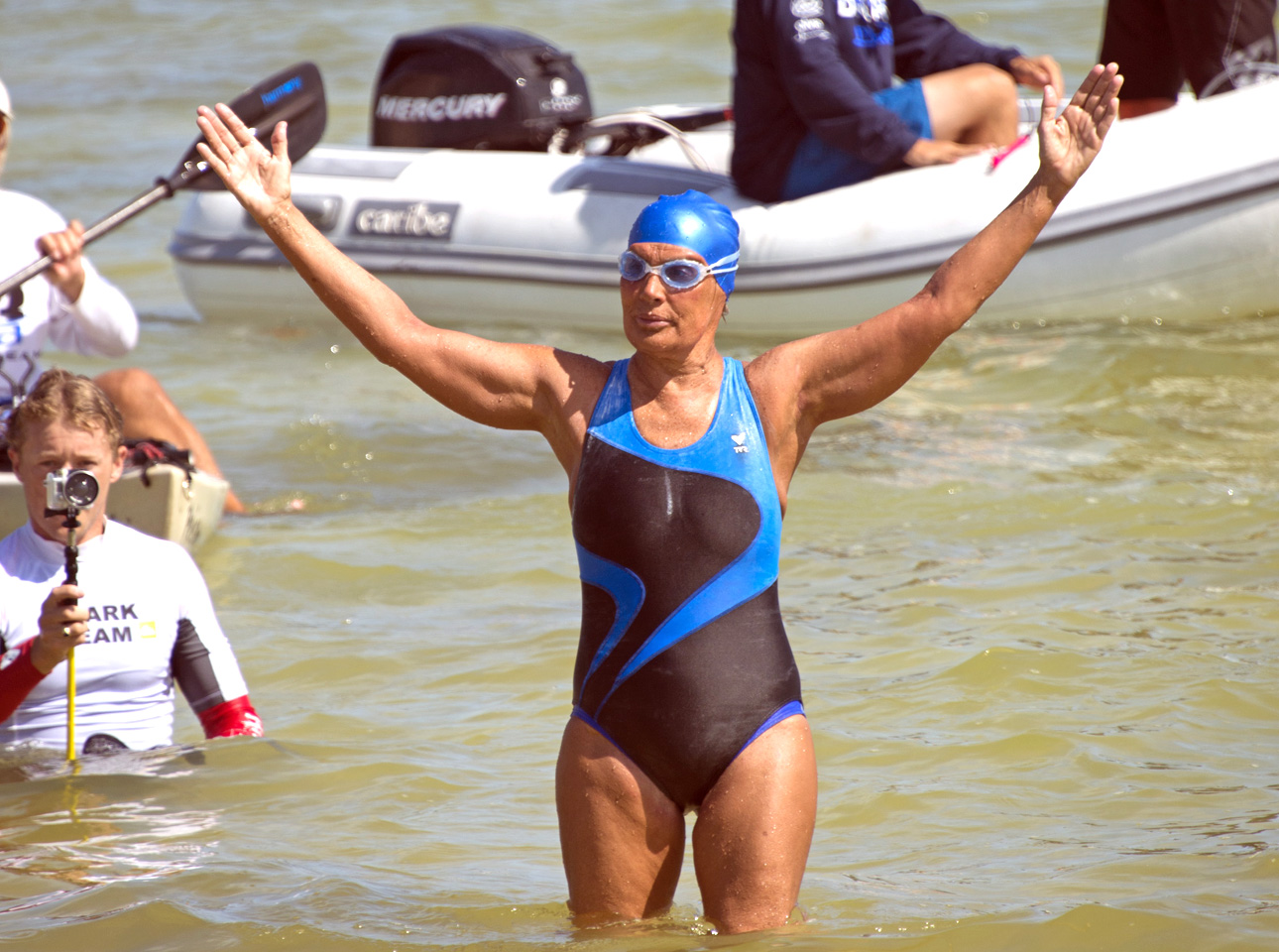 (CBS/AP) KEY WEST, Fla. - Endurance swimmer Diana Nyad said she was disappointed her fourth attempt to swim from Cuba to Florida failed, but said there was nothing she could have done better.

Nyad, who is turning 63 on Wednesday, appeared tired but in good spirits when she spoke to reporters upon arriving at shore in Key West Tuesday. She cut her journey short at around 1 a.m. that morning after swimming 48 miles and more than 60 hours at sea.

"I'm not going to get that moment I dreamed of for so long," she said, but remained optimistic about her accomplishments.

"The dichotomy of it all is that this is history out here," she added. "No one has ever done it. In this day and age, the Earth is pretty small. Every mountain has been climbed ... but this piece of ocean has never been swam across."

Diana Nyad out of the water, fourth attempt to swim from Florida to Cuba over
Exercise counselor on Nyad: This is her Mt. Everest

After addressing the crowd, she lay on the sand and was given oxygen and intravenous fluids.

The operations director with Nyad's team, Mark Sollinger, told CBS News he made the decision to pull Nyad from the water early Tuesday at 12:55 a.m. He said although Nyad wanted to get back into the water, repeated jellyfish stings -- her lips and one eye was swollen -- as well as thunder storms made the trek too dangerous.

"I'm not a quitter, but the sport and this particular ocean are different than they used to be," Nyad said. "These jellyfish are prolific. And, you know what? To me, there's no joy in that."

In a blog posting, crew member Candace Hogan wrote that Nyad angrily shook her head after being pulled from the water and planned to return to finish the swim after the storms subsided.

"When can I get back in?" Hogan quoted the swimmer as saying. "I want full transparency that I was out. But I have plenty left in me and I want to go on."

Before talking to reporters, she took one more ceremonious plunge in the water, swimming a short distance to Key West's rocky shoreline.

Despite the strain the swim took on her body, Nyad said on Key West she felt absolutely fine and that her muscles weren't even sore.

In 1978, American marathon swimmer Walter Poenisch swam from Havana to Marathon, Fla. in a shark cage made out of aluminum tubing and chicken wire that broke apart in the rough seas. The 65-year-old Poenisch was a former cookie baker from Grove City, Ohio, who used flippers and snorkels during the swim. Reports later surfaced that said he had faked previous marathon swims by travelling part of the distance in a boat.

Australian Susie Maroney successfully swam the Straits in 1997, but she used a shark cage. In June, another Australian, Penny Palfrey, made it 79 miles (127 kilometers) toward Florida without a cage before strong currents forced her to abandon the attempt.

Nyad had been training for three years for the feat. She was accompanied by a support team in boats, and a kayak-borne apparatus shadowing her to keep sharks at bay by generating a faint electric field. A team of handlers was on alert to dive in and distract any sharks that made it through.

She took periodic short breaks to rest, hydrate and eat high-energy foods such as peanut butter.