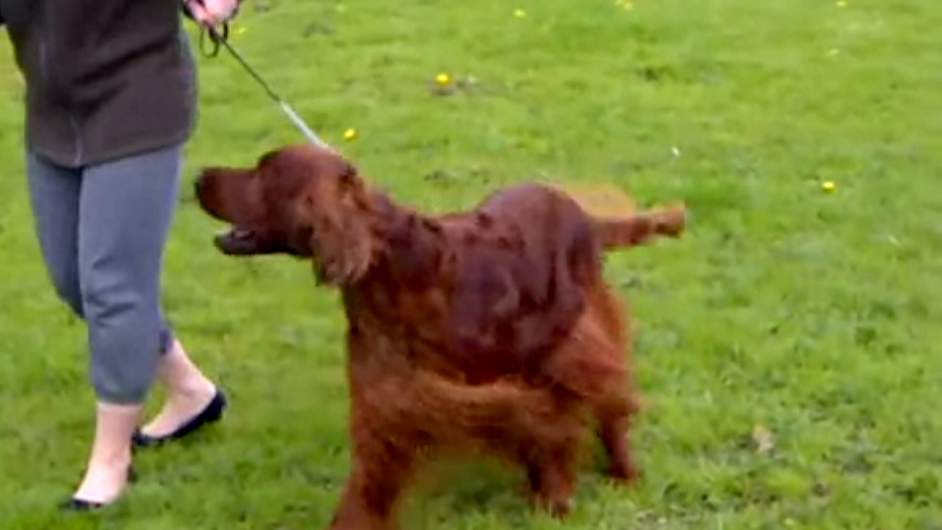 LONDON -- One of the owners of an Irish setter feared poisoned at Britain's leading dog show says she is devastated by the loss -- but that she doesn't believe one of the other competitors is responsible.

Breeder Dee Milligan-Bott posted a message on social media on Monday that described the death of 3-year-old Thendara Satisfaction, known as Jagger, as a "heinous crime." The dog died after appearing at the world-famous Crufts show in Birmingham, northern England.

Milligan-Bott said beef cubes containing up to three different poisons -- which led to a painful death for the animal -- were "stitched into the meat."

But, she said, "we can't and we won't think that this was the act of another exhibitor, if we thought this we couldn't go on, and the last 30 years would be a complete waste."

The Kennel Club, which organizes Crufts, says it is awaiting a toxicology report on the dog's death.

"The timings from the autopsy will make it clear the only place this could have been given to Jagger was while on his bench at Crufts," she said.

"We're quite successful and that can of course make people jealous," her husband told the BBC. "I can only hope it wasn't an act of jealousy by another competitor, but just a lunatic."