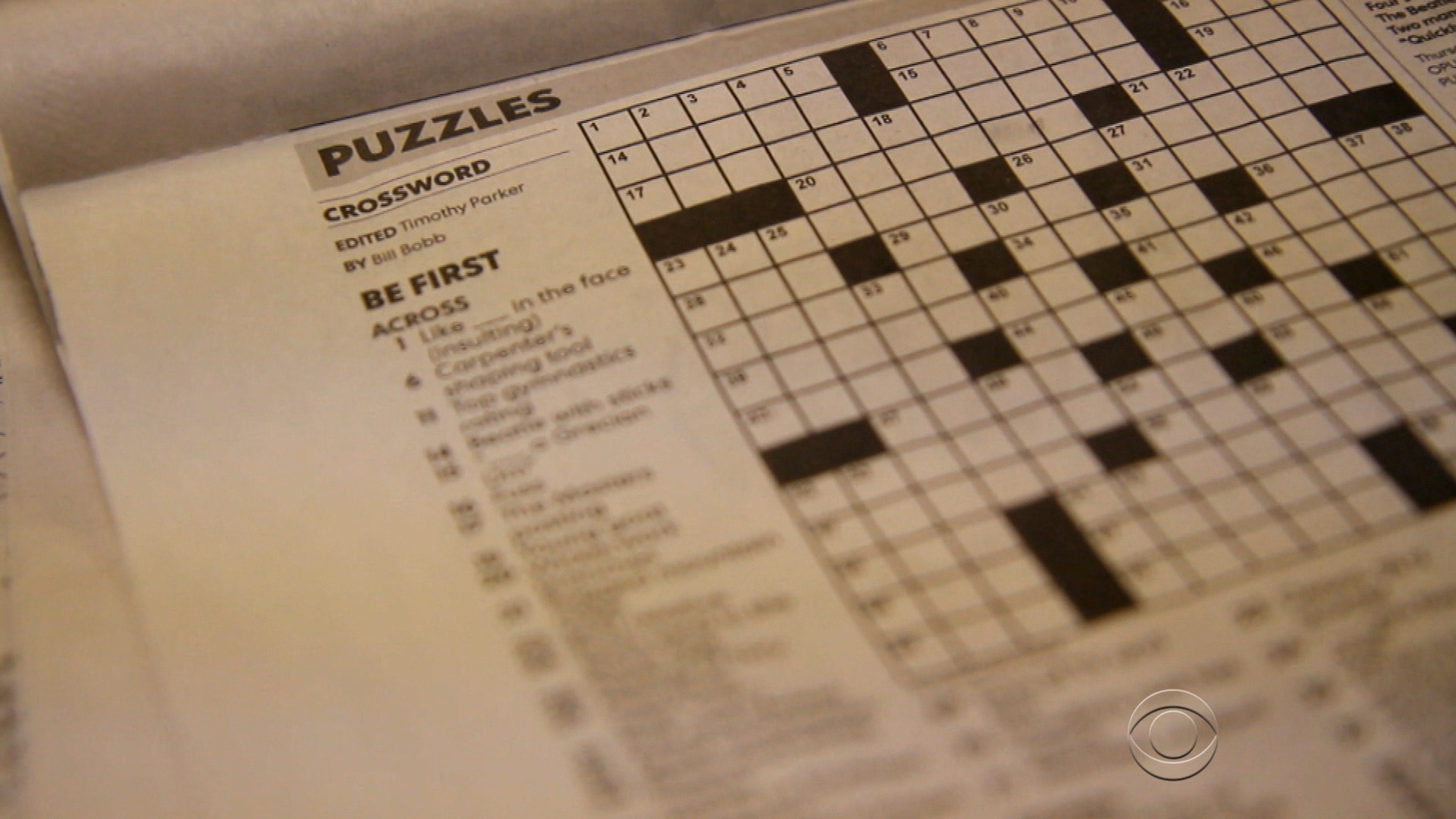 NEW YORK -- There's a scandal that's all over the papers: A prominent maker of crossword puzzles has been accused of plagiarism. But USA Today's crossword editor Timothy Parker claims he was just clueless.

A database of 53,000 published puzzles shows at least 60 edited by Parker borrow, seemingly directly, from the New York Times.

Parker titled one "Dare to Compare." It has the same theme, same order and two identical clues as a Times puzzle from 1997 edited by Will Shortz.

"It can take a puzzle maker as much time to come up with a good, fresh theme as to fill the grid and write the clues," Shortz told CBS News. "So to borrow or take someone else's creativity when coming up with an original theme really is not right."

FiveThirtyEight.com examined the database and found Parker also republished puzzles in USA Today, with only minor changes -- but under different bylines.

Parker told the website, "To me, it's just mere coincidence. We don't look at anybody else's puzzles or really care about anyone else's puzzles."

"I think it reflects poorly on USA Today, and they should have a crossword editor worthy of their paper," Shortz said.

The New York Times tweeted Saturday, "Is that crossword plagiarized?"

You fill in the blanks.