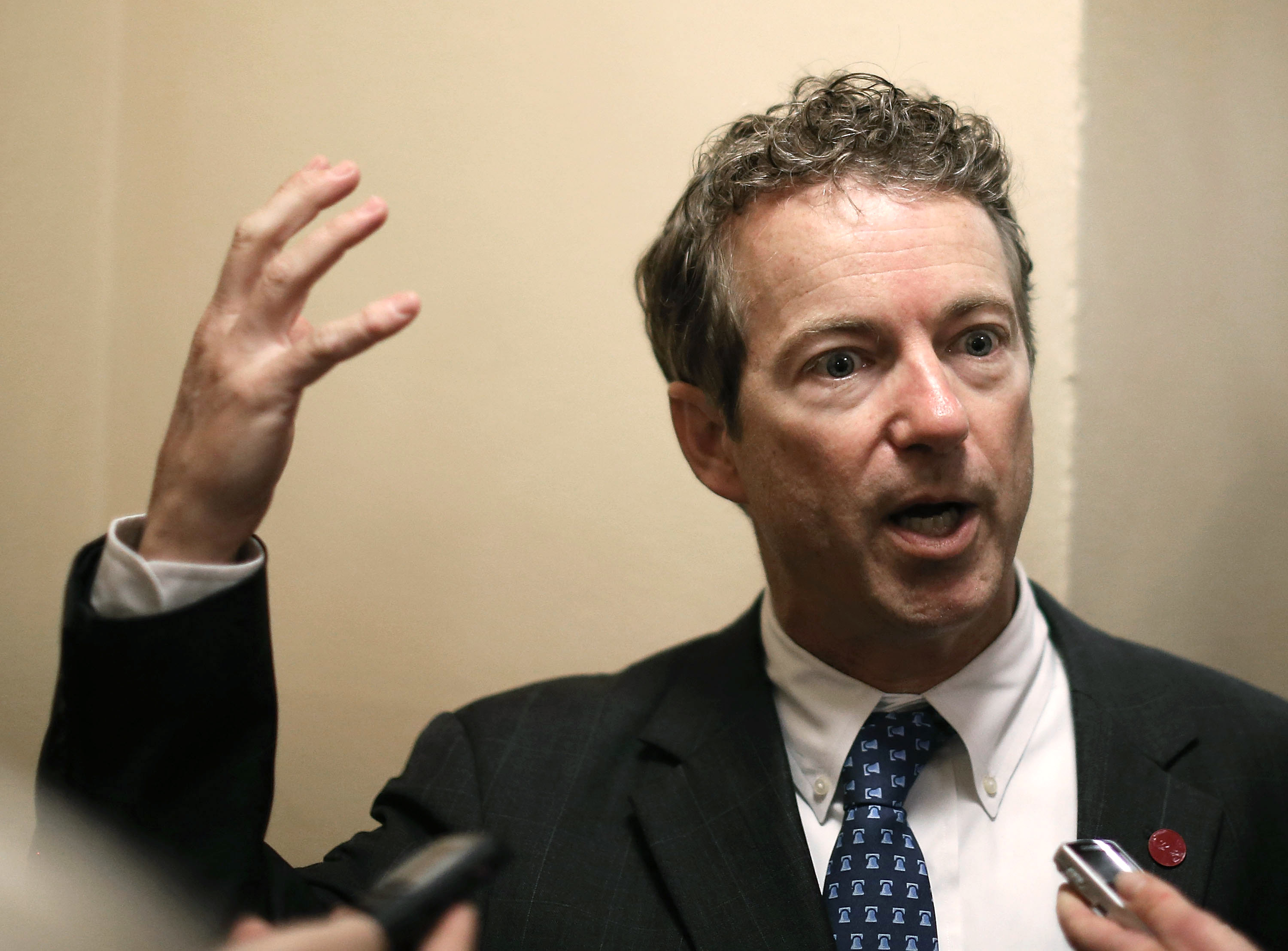 When critics, led by MSNBC's Rachel Maddow, accused Sen. Rand Paul, R-Ky., this week of lifting passages nearly verbatim from Wikipedia entries during a series of recent speeches, the Kentucky Republican initially wrote them off as "haters" who were "making a mountain out of a molehill."

"The person who is leading this attack, she's been spreading hate on me for about three years now and I don't intend for it to go away," he told Fusion on Wednesday. "But I also don't see her as an objective news source."

But on Thursday, after Politico presented Paul's office with fresh evidence that the senator had also borrowed language from press reports without citing the news agencies that had authored them, a senior adviser pledged that Paul would be more scrupulous about attribution in the future.

"In the course of lengthy speeches, Sen. Paul has described facts and relayed examples that, of course, had been reported first elsewhere - in no way insinuating they were his own thoughts or ideas...Only in Washington is something this trivial a source for liberal media angst," Doug Stafford, the senator's former chief of staff, told Politico. "While Sen. Paul doesn't believe that this is the normal standard for speeches, going forward he will be more cautious in presenting and attributing sources."

The kerfuffle was kicked off on Monday, when Maddow described similarities between a recent speech Paul gave at Liberty University and the Wikipedia entry for the science fiction movie "Gattaca."

In his speech, Paul linked abortion with eugenics, warning that technology could allow people to discriminate against certain genomes. He cited "Gattaca" as an example of what happens when eugenics becomes commonplace.

"In the movie 'Gattaca,' in the not-too-distant future, eugenics is common. And DNA plays a primary role in determining your social class," he said.

The Wikipedia entry for "Gattaca" reads, "In the not-too-distant future, liberal eugenics is common and DNA plays the primary role in determining social class."

Other elements of Paul's speech appeared to ape the Wikipedia entry as well.

On Tuesday, Maddow flagged another similar incident, noting that the senator's March 19 speech before the U.S. Hispanic Chamber of Commerce borrowed language from the Wikipedia entry for the movie "Stand and Deliver."

"In the area of East L.A., in 1982, in an environment that values a quick fix on education over learning, Escalante was a new math teacher at Garfield High School," Paul said.

The Wikipedia entry for the movie reads, "In the area of East Los Angeles, California, in 1982, in an environment that values a quick fix over education and learning, Jaime 'Kemo' Escalante is a new teacher at Garfield High School."

Other portions of the speech seemed to be lifted nearly word-for-word from the movie's Wikipedia entry.

Maddow cited the episodes to accuse Paul of plagiarism, a charge the senator denied during his interview on Fusion.

"It is a copyrighted movie by the screenwriters, and I gave every bit of credit to where that plot line came from," he said.

But Maddow wouldn't cede an inch. "Rand Paul maybe does not understand what plagiarism is," she said. "You did not borrow plot lines from these movies, you read the Wikipedia page out loud. The point is that you seem to have a frequent habit of plagiarizing parts of your speeches, and perhaps that explained by the fact that you do not understand what plagiarism means."

The controversy seemed to intensify after it was discovered that Paul's response to President Obama's 2013 State of the Union Address - about as high-profile a speech as a lawmaker can give - borrowed lines from an Associated Press report without citing the original text.

"Under President Obama, the ranks of America's poor swelled to almost 1 in 6 people last year, reaching a new high as long-term unemployment left millions of Americans struggling and out of work," Paul said in his speech.

That line was a carbon copy of a 2011 Associated Press report that began, "The ranks of America's poor swelled to almost 1 in 6 people last year, reaching a new high as long-term unemployment left millions of Americans struggling and out of work."

Paul, who is considered a potential presidential candidate come 2016, would not be the first to contend with charges of plagiarism. In 1988, then-Sen. Joe Biden's first presidential bid ran aground amid charges that he'd plagiarized a speech from a British politician. And in 2008, then-Sen. Barack Obama was accused of mimicking a line from a speech by Gov. Deval Patrick, D-Mass.