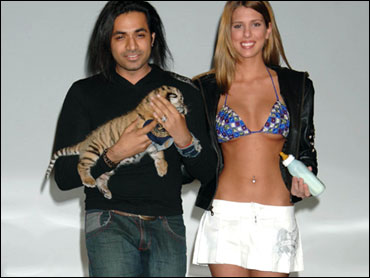 LOS ANGELES (CBS/ AP) He was a designer that had made a name for himself across the fashion world, from appearances on "America's Next Top Model," to successful runway shows, to designing for such celebrities as Janet Jackson, Oprah Winfrey and Paris Hilton.

But Anand Jon Alexander is also a convicted serial rapist who was found guilty last year of forcibly raping seven women and girls, ages 14- to 21-years-old. Prosecutors said he lured aspiring models to Los Angeles and sexually assaulted them.

Now, a judge has denied a request for a new trial this week, even as he found there had been misconduct by a juror and the defendant's sister during the sexual assault case.

Superior Court Judge David Wesley found juror Alvin Dymally and Alexander's sister, Sanjana Alexander, in contempt of court after determining Dymally appeared to be seeking a romantic relationship with her when he spoke to her by phone twice during the trial and offered his help.

There had been wide speculation that the juror was trying to trade his vote on the jury for sex or money.

Dymally also gave Sanjana Alexander a note in a courthouse cafeteria, asking her to call him. She did but refused to meet with him alone.

The judge held her in contempt for contacting the juror and failing to report the misconduct.

"She thought he was going to vote not guilty and she wanted that," Wesley said during Monday's hearing. 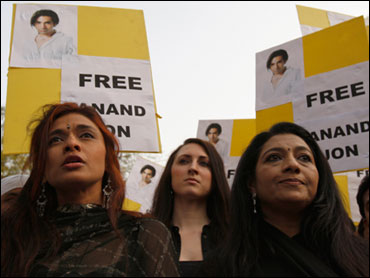 Defense attorneys claimed Dymally changed his vote to guilty after Sanjana Alexander refused to meet with him.

Later, outside the courtroom, a tearful Sanjana said, "This is a total travesty of justice. I did not go meet with him. If I did, this wouldn't have happened."

Asked why she didn't report the calls to her lawyers or the court, she said she was scared because she thought more jurors might be involved with him. She also said, "Nobody asked me."

The judge held Dymally in contempt for violating court instructions and also said the juror had lied on the witness stand about his phone conversations with Sanjana Alexander.

Wesley, however, said there was no proof the telephone conversations swayed the verdict.

"It is settled law in this state that a new trial will not be granted where there is misconduct of such a trifling nature," the judge said.

Alexander, 35, was convicted of 14 counts including forcible rape. He was found not guilty of four felonies, and jurors could not reach a verdict on three counts.

After the judge's ruling, prosecutors immediately filed a sentencing memorandum in which they asked that Alexander be imprisoned for the maximum possible under the law -- three terms of 53 years and six months to life.

Alexander's sentencing was set for Aug. 31, with contempt hearings for his sister and Dymally to follow in September.

Sanjana Alexander had recorded her phone conversations with the juror, and the FBI provided enhanced transcripts of them to the judge.

In the first call, the juror asked Sanjana if she was married and said, "You're real warm, real, very affectionate ... I think you're really sexy and you look great ... I love your eyes and leave your hair long."

In a second conversation, he said they needed to meet.

But the judge said his motivation was unclear. "All I have heard is speculation based on these contacts," he said.

"The court finds the misconduct did not have an effect on the juror's ability to be fair," the judge said.

Wesley had refused to grant an earlier motion by the defense claiming misconduct by prosecutors.

The judge held hearings that showed district attorney investigators had sabotaged a meeting the defense had arranged between the sister and Dymally after the trial with the intent of tape recording him and finding out his intent.

The judge had approved the meeting, but when the juror approached, investigators tried to question him, scaring him away.

"I know there is some distrust among the parties here and it's not ill founded," Wesley said. "As you know, I'm not happy with the way the people handled this case."

In their legal research, "There was no case we could find that even came to close to such blatant and egregious misconduct," Marks said.