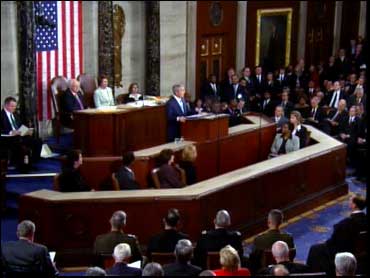 Kathryn Perry has a stellar driving history, 25 years with no accidents, no tickets, mostly driving around her small Texas town. So imagine her shock when her car insurance jumped from $437 a year to $3,000.

"I just couldn't believe it, because I have a perfect driving record," Perry said.

But her driving record wasn't the issue. It was her credit record. Six years ago, when her daughter Noelle was murdered, Perry missed two credit card payments, reports CBS News Correspondent Bill Whitaker.

"We had police investigations, just a lot of things going on. Plus I was devastated," she said.

Using your credit history to determine whether you're an insurance risk or how much you pay in premiums is a widespread practice, done by 90 percent of insurance companies.

It's called credit scoring, and the worse you score, the more you'll pay for insurance -- even if you've never had an accident or suffered a loss to your home.

The insurance industry says your credit history is key.

"Research indicates that people who manage their personal finances responsibly tend to manage other important aspects of their life with that same level of responsibility and that would include being responsible behind the wheel of their car or being responsible in maintaining their home," said Donald Hanson of the National Association of Independent Insurers.

Countered consumer advocate Birny Birnbaum: "It doesn't make any sense at all."

Birnbaum is a former associate insurance commissioner for the state of Texas.

They say, 'Oh, it's clear that if you're a good financial manager you'll have a good credit score and then you'll have fewer accidents.' It's not true," Birnbaum said.

He said it favors the rich with unblemished records.

"If your income is under $10,000, you're 10 times more likely to have a delinquency on your credit report," Birnbaum said.

Even insurance agents meeting in Austin see a problem.

"When we credit score, the average working class customer that we deal with, inevitably their rates go up significantly," said insurance agent Bill Murphy.

Fed up consumers in Texas and 29 other states have been pressing legislators to curb credit scoring. Two states have banned it.

"I just felt like they were kicking me when I was down," said Kathryn Perry.

Now, more and more consumers are kicking back.