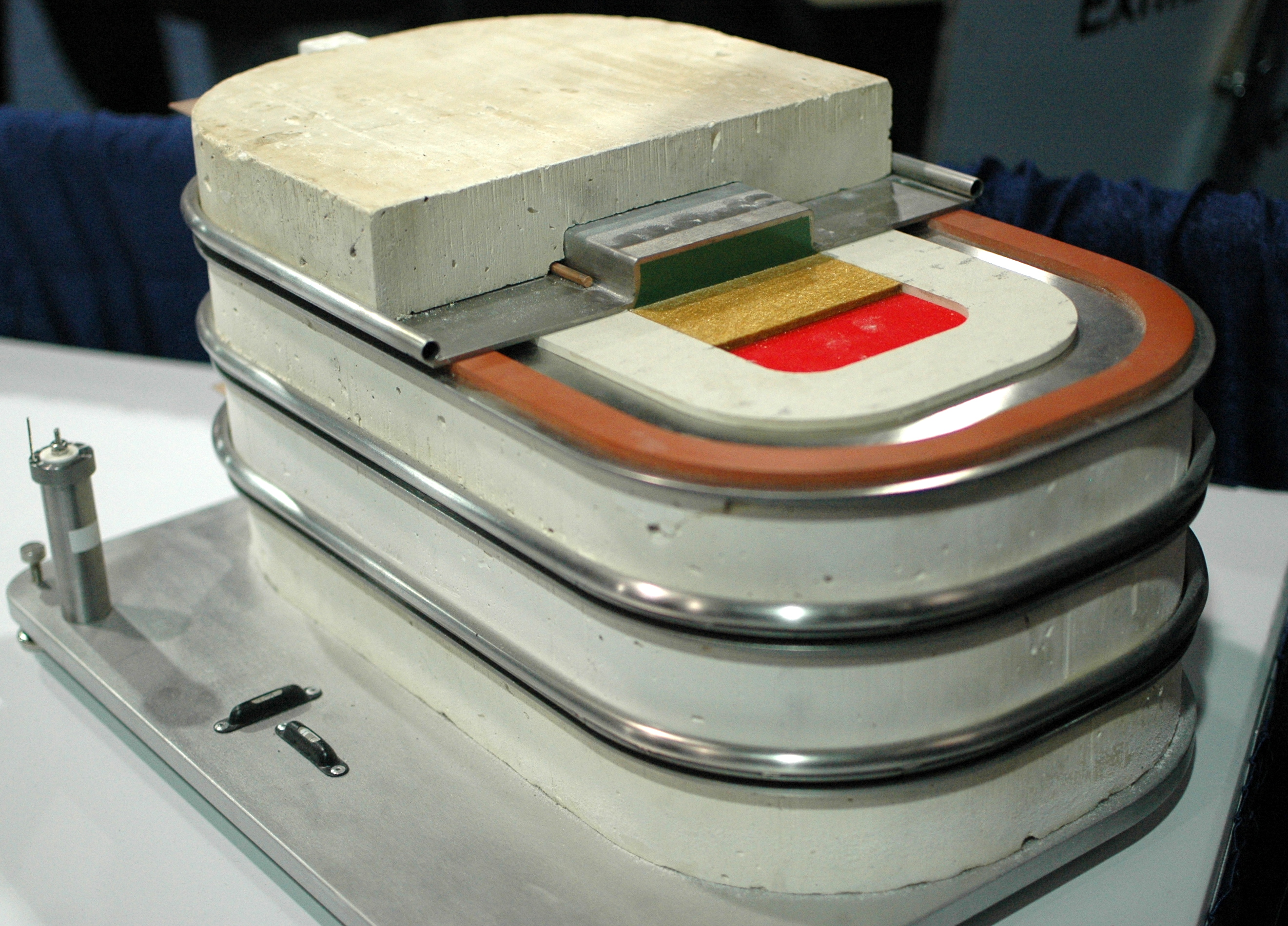 Many battery companies are working to improve existing technology, but the founders of Liquid Metal Battery are taking an unusual approach that they hope will slash energy storage costs and deliver batteries able to store several hours of wind and solar power. The target of the company, which was spun out of the Massachusetts Institute of Technology, is to have demonstration systems connected to the grid in three to five years, executives said. An official announcement of the series A funding is expected next month.

Liquid Metal Battery, as its name implies, is building a battery where all the active materials--the cathode, anode, and electrolyte--are in a liquid form at high temperatures. In most of today's common batteries, such as lead acid and lithium ion batteries, the cathode or anode are solid.

The all-liquid approach reduces the degradation of electrodes that can happen in batteries and allows for the high flow of current needed for bulk storage on the grid. Most importantly, though, it means the battery can built using relatively cheap components, said materials chemistry professor and co-founder Donald Sadoway. He conceived of the original idea by drawing on his experience around making metals, including giant aluminum ingots, using electrochemistry at an industrial scale.

"I looked at how aluminum smelters take a giant hall with liquid aluminum and fill it and I said, 'That's where you can get economy of scale.' If you want a big battery, you build one big battery and you can't do that with today's technology," Sadoway said in an interview. "The scalability is going to be enabled by borrowing the lessons of 125 years of aluminum smelting."

Liquid Metal Battery has licensed technology developed at Sadoway's lab, where work will continue in parallel. Sadoway intends to take a yearlong sabbatical to be scientific adviser to the company. His lab received a three-year $6.9 million grant from the Department of Energy's ARPA-E research agency two years ago and a four-year, $4 million grant from oil company Total to research how to adapt this battery chemistry for home storage.

Sadoway decided to spin out a separate company because researchers were limited in their ability to test out larger prototypes which were initially about the size of a hockey puck. He also wanted to hire people with the engineering experience able to develop and test a commercial product.

"We're taking what we consider the top prospect chemistries from the lab study and we will look at how the laws of scale apply because no one has every built one of these before," he said. "If we do some very elegant science, that alone will not be considered a success."

The company is now working on a prototype system where each battery cell is about the size of a pizza box and able to store about 200 watt-hours and work at 1 volt. Its next task is to build a larger cell about the size of a Ping-Pong table, where many individual cells would be stacked in a battery pack. The target is to make a grid storage device able to deliver a few hours of power to fit into a shipping container, while a home battery would be about the size of a basement freezer, company executives said.

Layer cake
In the past few years, truck-size batteries have been connected to the grid for certain applications, such as maintaining a steady frequency or local back-up power. But batteries, in general, remain very expensive and are mainly used for delivering . Batteries are starting to be used in conjunction with , but Liquid Metal Battery is seeking to slash the cost of storage to the range of $100 per kilowatt-hour, several times lower than today's prices.

Providing many hours of storage at low cost, what many consider the holy grail in storage, would allow solar and wind farms to "firm up" variable wind and solar power, which sometimes rely on natural gas plants to provide a steady flow of power. Sadoway said different liquid metal chemistries could be used for different applications, such as storing energy at off-peak times and releasing it onto the grid at peak hours. That is now done by pumping water uphill to a reservoir and releasing it through a water turbine at night, which is cheap but limited in where it can be done.

Sodium sulfur batteries and some types of flow batteries, which are , use liquid electrodes today, said Luis Ortiz, the president and co-founder of Liquid Metal Battery. Where this company will be different is having liquid metal electrodes and a liquid electrolyte made of molten salt. The approach has performance and price advantages, he said.

"We have all-liquid components so it should last much longer because there won't be a build-up of stresses or cracks," Ortiz said. "We have reason to believe they could last tens of years."

One of the key technical challenges is to build a battery that is self-heating. For the metals and salt to remain liquid, researches have been working with metals at temperatures between 400 degrees and 700 degrees Celsius. Because the flow of large amounts of current generates heat, the battery itself can heat itself once it has reached the right temperature, but product designers need to sort out best battery shape, Sadoway said.

Early prototypes used liquid magnesium and liquid antimony as positive and negative electrodes. Because the metals and the molten salt electrolyte have different densities, they remain separated as three distinct layers, much the way oil and vinegar don't mix.

When the battery is being charged, a chemical reaction causes compounds dissolved in the electrolyte to form magnesium and antimony metal. During discharging, the chemical reaction happens in reverse, releasing electrons to create an electrical current onto the grid. In a difference from most batteries, the electrolyte gets thicker and the two liquid metal electrodes get thinner while discharging.

The container that holds the liquids itself acts as a conductor. Actual batteries will need to be engineered with an insulator around the container because they operate at high temperatures.

Student Gates
The group is now working on a second-generation liquid metal battery that acts in principle the same way that today's lead acid, lithium ion, and nickel metal hydride batteries do, said Ortiz. In that design, metal ions pass between the anode and cathode and the electrolyte remains constant, he explained.

The company is cagey on exactly which metals researchers are working with. But in general, they are working with pairs of metals of different densities that are relatively cheap, Ortiz said. Similarly, the electrolyte used can be very cheap material, such as table salt or rock salt used to salt roads.

Related links
• Energy storage on grid heats up (photos)
• Grid storage gets updraft from auto batteries
• Can 'energy storage as a service' beef up the grid?

The technology behind Liquid Metal Battery came to the attention of Bill Gates through the lecturing of professor Sadoway, whose solid-state chemistry classes can be viewed online. In an appreciation written for MIT's 150th anniversary, Gates singled out Sadoway's work on energy storage.

In forming a company, Liquid Metal Battery took funding from Gates' venture arm and a large corporation with the hopes of having long-term investors. "We were interested in taking patient money with deep pockets because these are large systems that take a significant amount of capital," said co-founder David Bradwell.

Gates, who has a deep , said last year he has invested in because inexpensive storage is a "tough problem (that) may not be solvable in any economic way."

Research on the all-liquid battery approach has been going on for about five or six years and Sadoway said the group has met the technical and cost milestones set out by investors and ARPA-E. "We've got to get (total installed costs) down below $250 a kilowatt-hour. That's the issue--cost," he said. "Our work is cut out for us (but) I'm guardedly optimistic." 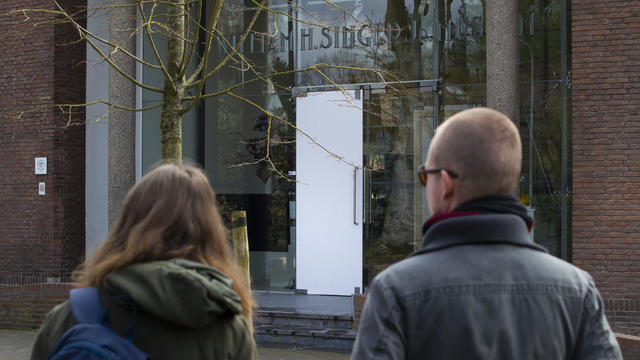 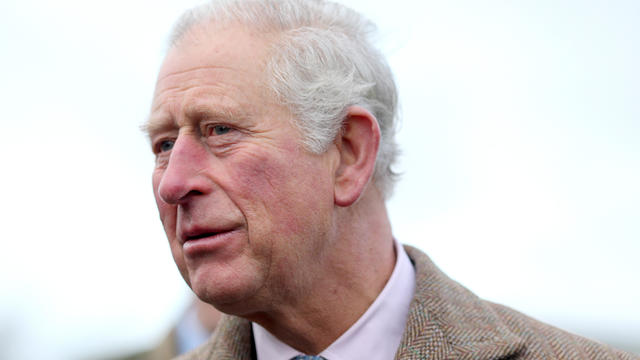