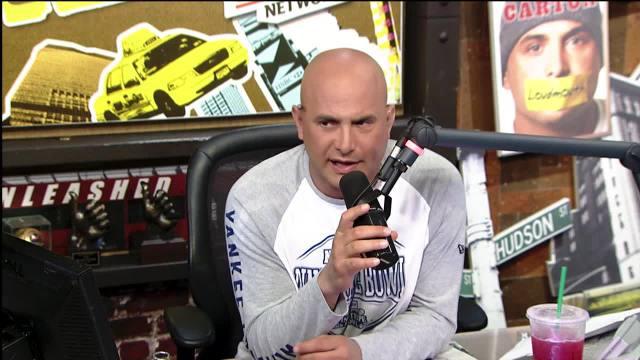 Carton and New York businessman Joseph Meli are accused of soliciting millions of dollars in investments for what federal prosecutors say was a fraudulent concert ticket-selling enterprise, according to a criminal complaint filed by prosecutors.

The complaint alleges that Carton claimed to have advance access to large blocks of highly sought-after concert tickets.

"Carton provided to one investor fictitious agreements for...millions of dollars' worth of tickets to upcoming concerts by the artists Katy Perry, Justin Bieber, Roger Waters, Metallica, and Barbra Streisand," prosecutors wrote in the complaint.

Meli was charged in a separate fraudulent ticket-selling case in January. In that case he was accused of soliciting millions in investments for companies that promised to purchase and resell tickets to high-demand shows, such as Adele concerts and the Broadway musical Hamilton.

The 48-year-old "Boomer & Carton" co-host was taken into custody by the FBI at his Manhattan apartment, reports CBS New York.

Carton is in his 10th year hosting the show with former NFL quarterback Boomer Esiason. The show also frequently features as a guest host New Jersey Governor Chris Christie, who could not be reached for comment.

Esiason addressed the arrest during the show's broadcast Wednesday morning.

"I'm taken aback and surprised by it just like I'm sure everybody else is. I have no other information, there's nothing else I can say. I thought he called in sick this morning, but unfortunately my partner was arrested," Esiason said.

"We are aware of the situation and are cooperating with authorities," the station said.

Attorneys for Carton and Meli are not currently listed.