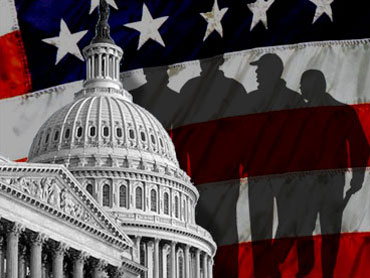 (CBS/AP)
On Tuesday, the Senate will vote on President Obama's nomination of Craig Becker to a spot on the five-member National Labor Relations Board.

Becker's selection is controversial because of his alliance with labor, which includes his job as a lawyer for the Service Employees International Union; Republicans fear that he will push through pro-union changes in the law without the approval of Congress.

"By any objective or reasonable standard, Craig Becker is a labor radical who would force unionization on Americans," wrote Katie Packer of the business-backed Workforce Fairness institute, which opposes the Employee Free Choice Act or "card check" legislation that would make it easier to form unions. "The result of Becker's actions would be billions of additional dollars in increased union dues flowing to his superiors at the SEIU and AFL-CIO. And in return, Members of Congress doing Big Labor's bidding would be rewarded with campaign contributions and other political gifts."

Becker has written that he believes the NLRB, which oversees union elections and serves as a referee in employment disputes, is empowered to make changes to the card check bill, which is fiercely opposed by Republicans. Becker has distanced himself from that position, however, saying that power rested with Congress.

Business groups have lobbied hard against Becker, who has argued that "employers should be stripped of any legally cognizable interest in their employees' election of representatives." Democrats say the nominee is qualified and "brings a tremendous depth of experience to this position," in the words of HELP chairman Sen. Tom Harkin.

Becker was approved last Thursday by the Senate HELP committee, along a party-line vote. But his nomination could effectively be killed if Republicans unify in opposition to his nomination. That's because Massachusetts Republican Scott Brown was sworn into the Senate last week, giving Republicans the 41 votes they need to maintain a filibuster.

Arizona Sen. John McCain is among the Republicans who have been highly critical of the nominee. While Republican Sens. Mike Enzi of Wyoming and Lisa Murkowski of Alaska backed Becker last October, they opposed him in last week's vote.

Update: Nebraska Sen. Ben Nelson -- a Democrat -- has now come out against Becker.