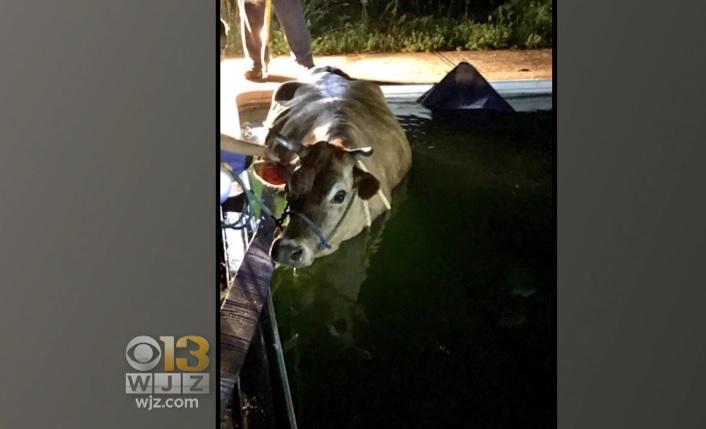 EDGEWATER, Md. -- Firefighters got an unusual call Tuesday night -- there was a cow in a pool. CBS Baltimore reports firefighters from the Woodland Beach Volunteer Fire Department were called to a Davidsonville home shortly after 9 p.m.

When they arrived, they were told a cow had fallen into the swimming pool.

It took an-hour-and-a-half to get the cow out of the pool, with the help of cinderblock steps and many hands.

But when the cow got out, she couldn't get up on her own.

Firefighters made a harness and took the cow to a nearby pasture, where she was finally able to stand on her own.

The firefighters and they returned to service three hours later.