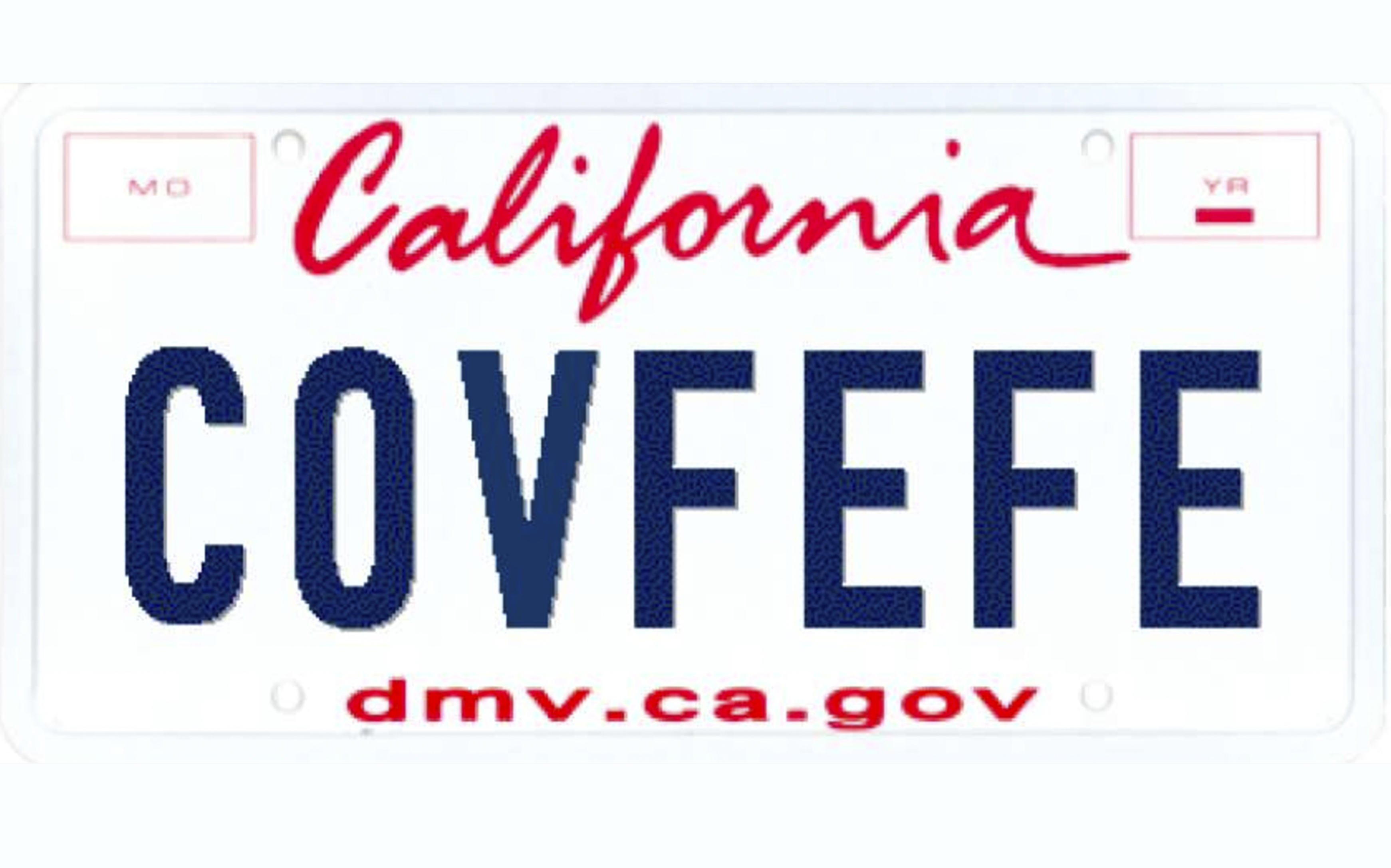 The Maine Department of Motor Vehicles confirmed that someone claimed "covfefe" for a personalized license plate just hours after Mr. Trump's now-infamous tweet at 12:06 a.m. Wednesday. Local media report that it's also happening in other states, including Nebraska and North Carolina.

The word took social media by storm after the president tweeted about "constant negative press covfefe." Mr. Trump later poked fun at it, saying, "Who can figure out the true meaning of 'covfefe'?"

Whoever claimed the Maine plate remains just as much a mystery as the word itself.

Twitter user Joe Blanchette tweeted a photo suggesting he was the lucky motorist. But he says he balked at the last minute out of fear of "plate regret."