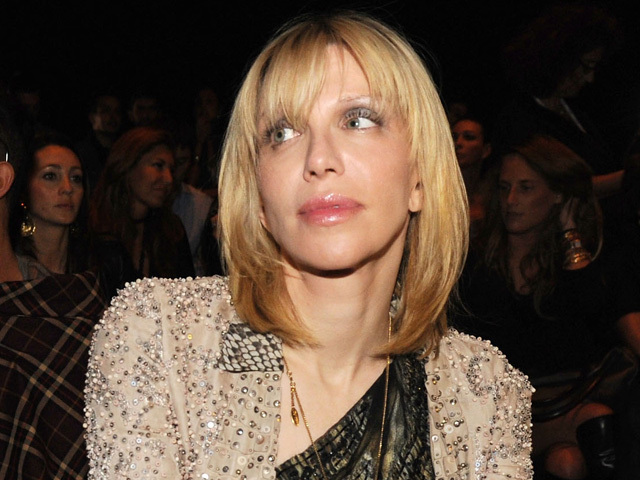 (CBS) Courtney Love unleashed a rant on stage during a concert in Brazil after a fan held up a picture of her late husband, Kurt Cobain.

The rocker was performing with Hole at the SVP Festival when she spotted a fan holding a photo of the Nirvana frontman.

Love's outburst was captured on video, which can be seen on YouTube (warning: contains strong language).

She then trashed ex-Nirvana drummer Dave Grohl's band - snapping, "Go see the f------ Foo Fighters and try that s---" - before walking off stage.

Love returned to the stage after her guitarist got the audience to chant "the Foo Fighters are gay," the video shows.

She took another jab at Grohl and the Foo Fighters before the band began its encore, telling the crowd, "I don't care what you listen to at home, but if a guy takes money off my kid's table, f--- him."

The Daily Mail also reports that Love stripped off her shirt during the show and removed a tube top she was wearing underneath, performing for the crowd topless.