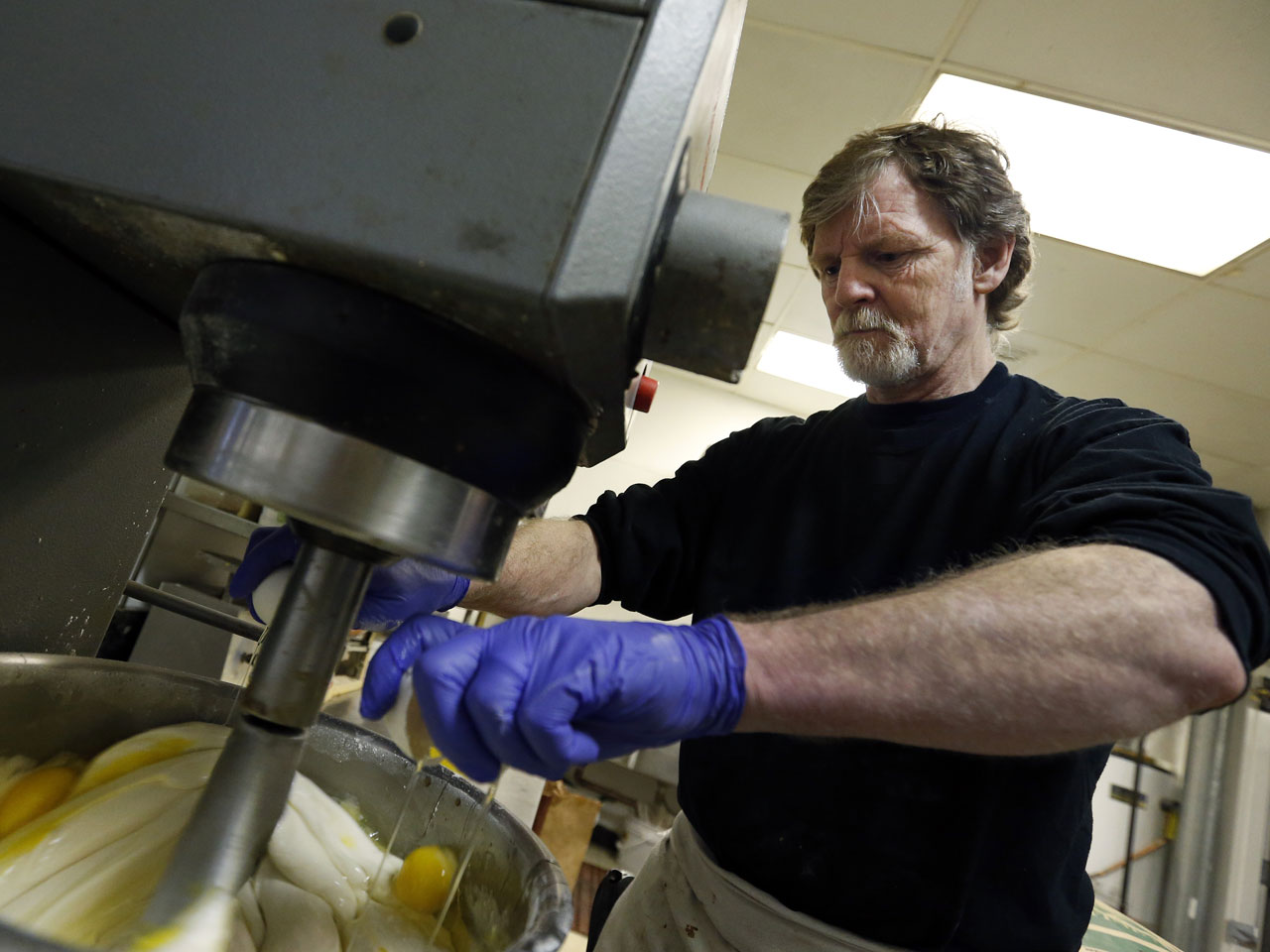 DENVER -- A suburban Denver baker who wouldn't make a wedding cake for a same-sex couple cannot cite his religious beliefs in refusing them service because it would lead to discrimination, the Colorado Court of Appeals ruled Thursday.

The decision is the latest victory for gay couples, who have won similar cases in other states. Gay rights supporters and religious freedom advocates have passionately debated whether individuals can cite their beliefs as a basis for declining to participate in a same-sex wedding ceremony.

And it is bound to get more heated after the U.S. Supreme Court legalized same-sex marriage nationwide.

In the Colorado case, Jack Phillips, owner of Masterpiece Cakeshop, declined to make a cake for Charlie Craig and David Mullins in 2012. They were married in Massachusetts but planned to celebrate in Colorado.

After the ruling, Phillips faces fines if he refuses to make wedding cakes for gay couples. Phillips has maintained that he has no problem serving gay people at his store but says that making a wedding cake for a same-sex wedding would violate his Christian beliefs.

"We would close down the bakery before we would complicate our beliefs," Phillips said last year, according to CBS Denver.

His attorneys have said they would consider appealing up to the U.S. Supreme Court. They said there are bound to be more cases where businesses' religious convictions clash with gay rights.

In recent cases elsewhere, a bakery in the Portland, Oregon, area that declined to make a wedding cake for a gay couple two years ago was ordered to pay $135,000 in damages in July.

And in Washington state, a florist has been fighting a lawsuit filed after she refused to provide services for a gay wedding in 2013.

Phillips' case started in Colorado's Civil Rights Commission, where Craig and Mullins filed their complaint. In December 2013, a judge for the commission ruled that Phillips discriminated against the couple and ordered him to change his store policy against making cakes for gay weddings or face fines.

Phillips then went to the Colorado Court of Appeals.