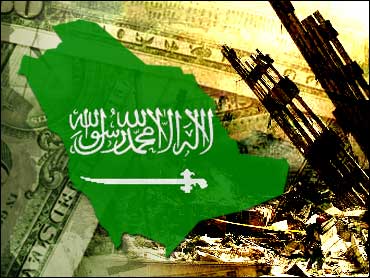 The Supreme Court has refused to allow victims of the Sept. 11 attacks to pursue lawsuits against Saudi Arabia and four of its princes over charitable donations that were allegedly funneled to al Qaeda.

The court, in an order Monday, is leaving in place the ruling of a federal appeals court that the country and the princes are protected by sovereign immunity, which generally means that foreign countries can't be sued in American courts.

The Obama administration had angered some victims and families by urging the justices to pass up the case.

In their appeal, the more than 6,000 plaintiffs said the government's court brief filed in early June was an "apparent effort to appease a sometime ally" just before President Barack Obama's visit to Saudi Arabia.

At issue were obstacles in American law to suing foreign governments and their officials as well as the extent to which people can be held financially responsible for acts of terrorism committed by others.

The appeal was filed by relatives of victims killed in the attacks and thousands of people who were injured, as well as businesses and governments that sustained property damage and other losses.

The 2nd U.S. Circuit Court of Appeals in New York previously upheld a federal judge's ruling throwing out the lawsuits. The appeals court said the defendants were protected by sovereign immunity and the plaintiffs would need to prove that the princes engaged in intentional actions aimed at U.S. residents.

In their appeal to the high court, both sides cited the report of the Sept. 11 Commission. The victims noted that the report said Saudi Arabia had long been considered the primary source of al Qaeda funding. The Saudis' court filing, however, pointed out that the commission "found no evidence that the Saudi government as an institution or senior Saudi officials individually funded the organization."

The victims' lawsuits claim that the defendants gave money to charities in order to funnel it to terrorist organizations that were behind the attacks on the World Trade Center and the Pentagon.

The appeal also stressed that federal appeals courts have reached conflicting decisions about when foreign governments and their officials can be sued.