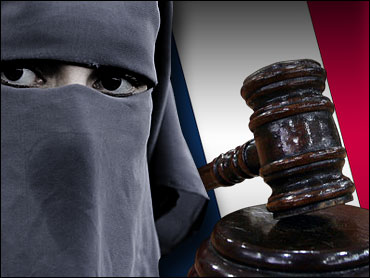 A French appeals court on Monday reinstated the marriage of a Muslim man who had sought an annulment because his bride lied about being a virgin.

The controversial case pitted France's secular values against the traditions of its growing immigrant communities.

The couple married in 2006 but the husband quickly sought an annulment after discovering on their wedding night that his bride had lied about her virginity.

In April, a lower court in the northern town of Douai granted the annulment, saying the woman "acquiesced" to the man's demand for one "based on a lie concerning her virginity."

On Monday, the appeals court in Douai overturned the annulment, effectively ruling that the couple is again married, said lawyer Xavier Labbee, representing the husband.

Labbee said Monday's ruling amounted to a "forced marriage." He criticized "the intrusion of the notion of secularism into the most intimate parts of family life."

Both the woman and the man opposed the appeal, according to their lawyers. The woman's lawyer, Charles-Edouard Mauger, has said she was distraught by the dragging out of the humiliating case.

The couple must now seek a divorce if they want to separate.

Prosecutors argued the annulment discriminated against women and wanted it thrown out. The lower court had based its decision on an article of the French Civil Code that states that a spouse can seek an annulment if the partner has misrepresented his or her "essential qualities."

The couple, a man in his 30s and a woman in her 20s, has not been identified by name.

In Monday's decision, the appeals court said virginity was not "a condition posed for their union," according to a statement from the prosecutor's office. It said the lie was not enough to justify an annulment.