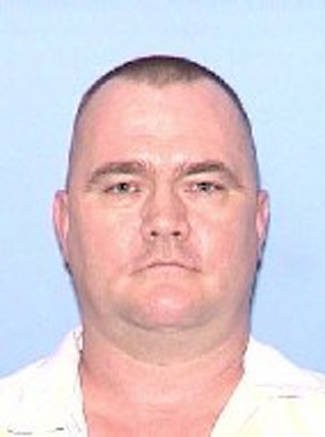 (CBS/AP) LIVINGSTON, Texas - Cleve Foster, a former Army recruiter who for the third time this year was hours away from his scheduled execution for the rape-slaying of a woman in Fort Worth nearly 10 years ago, was granted yet another reprieve by the U.S. Supreme Court on Tuesday.

The 47-year-old was set to die Tuesday evening in Huntsville.

The high court twice earlier this year stopped Foster's scheduled lethal injection. The latest court ruling came about 2 1/2 hours before Foster could have been taken to the Texas death chamber.

Foster was meeting with one of his lawyers in a small holding cell a few feet from the death chamber when a Texas Department of Criminal Justice spokesman delivered the news.

"He thanked God and pointed to his attorney, saying this woman helped save his life," prison spokesman Jason Clark said.

He also said Foster repeated his insistence that he was innocent.

Unlike his previous trips to the death house in Huntsville, the reprieve came before he was served his requested final meal, which included two fried chickens and a five-gallon bucket of peaches.

Instead, he immediately was returned to death row at a prison about 45 miles to the east.

Foster was one of two men convicted and sent to death row for fatally shooting a 30-year-old woman whose body was found in a ditch by pipeline workers in Fort Worth in February 2002. His partner died last year of cancer.