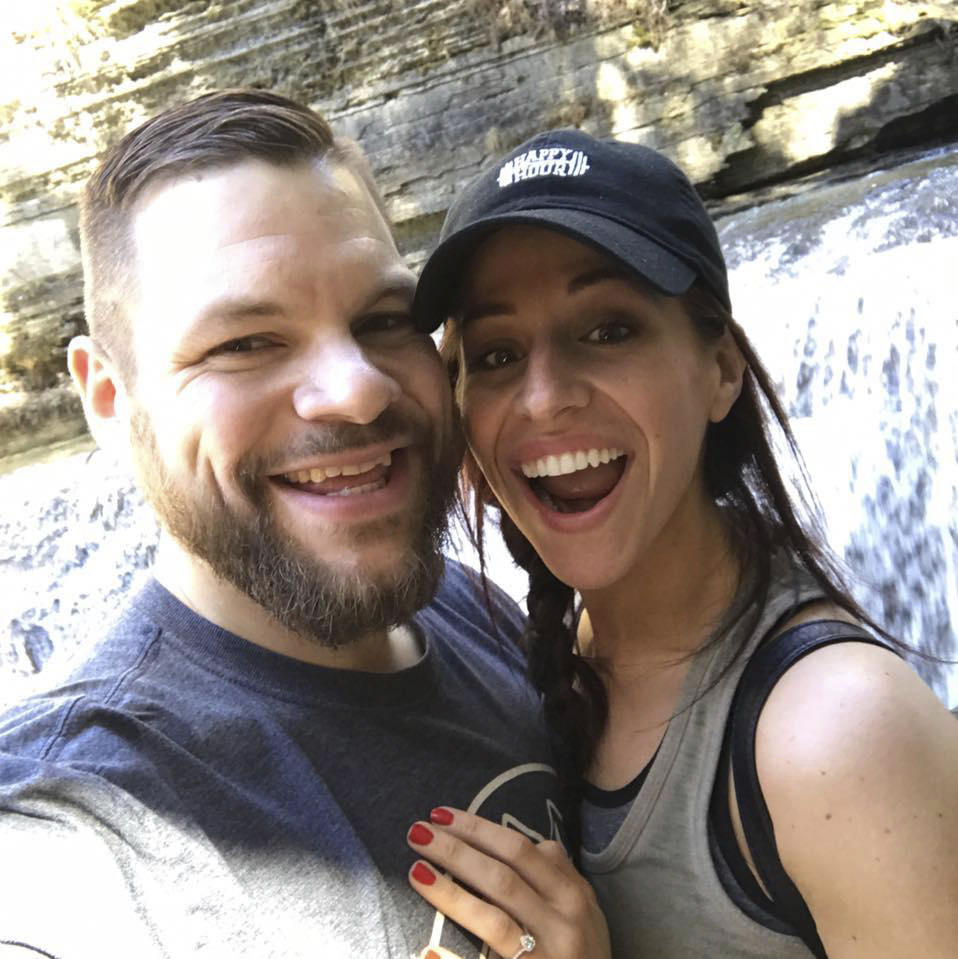 Frustrated with his ever-growing weight that peaked at 675 pounds, Ronnie Brower began dieting and working out on his way to losing an astounding 458 pounds. His four-year fitness journey, chronicled on Facebook, earned him the admiration of a woman at his gym who similarly was trying to lose a lot of weight.

Brower and that admirer, Andrea Masella, formed a bond around that shared mission, and on Saturday they will get married in their hometown of Syracuse, New York, celebrating their new lives and all they've lost together, a combined 578 pounds.

"I was just really inspired by him and I thought he was super cute," said Masella, 24. "We started talking at the gym and I hate to sound cliche but it was love at first sight."

Nick Murphy, Brower's personal trainer who also will be his best man, calls it "a match made in heaven, a storybook movie."

Masella, who works as a hairdresser, said she and Brower plan to continue to support not only each other in their commitment to maintaining a healthy lifestyle, but to counsel and inspire others as well.

"Both of us had used food as a coping mechanism; I would just eat my feelings," Masella said. "We've gone through a lot of counseling to come to terms with that and change."

Brower, 32, is slim, trim and happy now, but he recalls that he hit his peak weight, and rock bottom, in 2013 when he was so heavy he could barely leave his parents' house.

"I was depressed, addicted to pills and alcohol, eating 10 double cheeseburgers or two large pizzas at a time," Brower said. "My turning point was, my doctor told me if I kept on like this I'd be dead before I was 30. I was 28."

At the urging of a friend, Brower contacted Murphy, owner of Mission Fitness. Under Murphy's guidance, Brower gave up drugs and alcohol, followed a low-carbohydrate diet and started working out for three hours a day, beginning with simply lifting his arms while sitting in a chair. Within 100 days he had lost 100 pounds and was able to leave the house and go to the gym for his workouts.

After 23 months, he had shed much of his excess weight when he met Masella. At 5-foot-4, she had weighed 250 pounds in 2014 and was on her way to losing 120 pounds. Their first date was playing ping pong and basketball at the gym.

Brower was grateful for Masella's tender loving care when he underwent four surgeries to remove 30 pounds of sagging skin. "It was really intense," he said.

Brower now works two jobs, as a school bus driver and a loading dock worker, and has moved out of his parents' house into his own place. He looks forward to married life after he and Masella take their vows at the Christian church where his trainer baptized him three years ago.

"People come to me all the time, asking for weight-loss advice," Brower said. "I just tell them there's hope out there. If you want it bad enough and put your mind to it, anybody can do it."