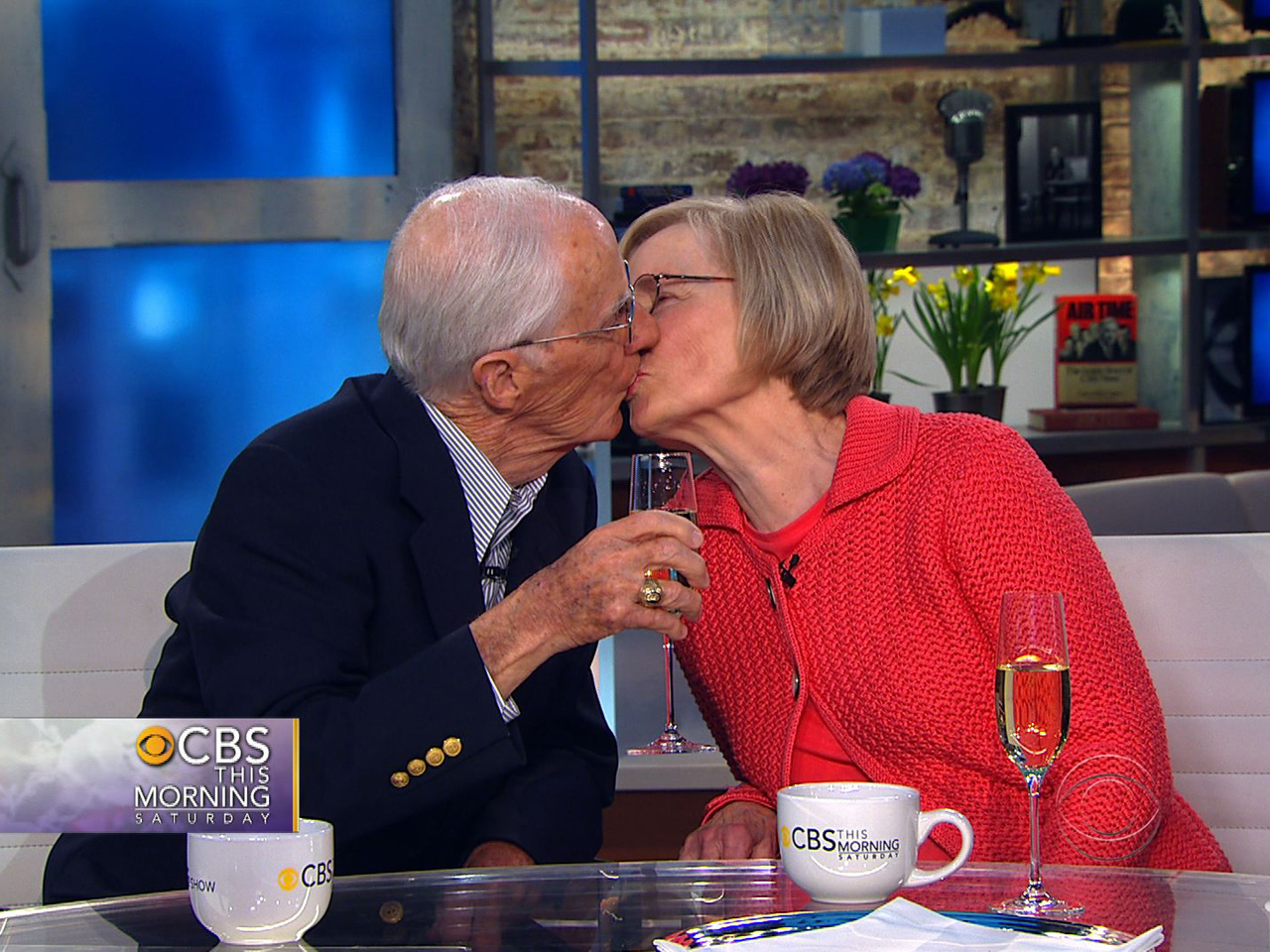 (CBS News) Cyrus and Joan Jeffords said "I do" 60 years ago on national television.

Their ceremony was broadcast on a live CBS show called "Bride and Groom" in 1952!

Cyrus and Joan are still married, and will celebrate their diamond anniversary, 60 years together, on Wednesday.

So, "CBS This Morning: Saturday" brought them back to New York for the first time since they were married. They lived in tiny Duncan, Okla. at the time - and still do.

They walked down Memory Lane while watching footage from "Bride & Groom," and were treated to some special surprises on the set as well.

To see it all unfold, click on the video in the player above.