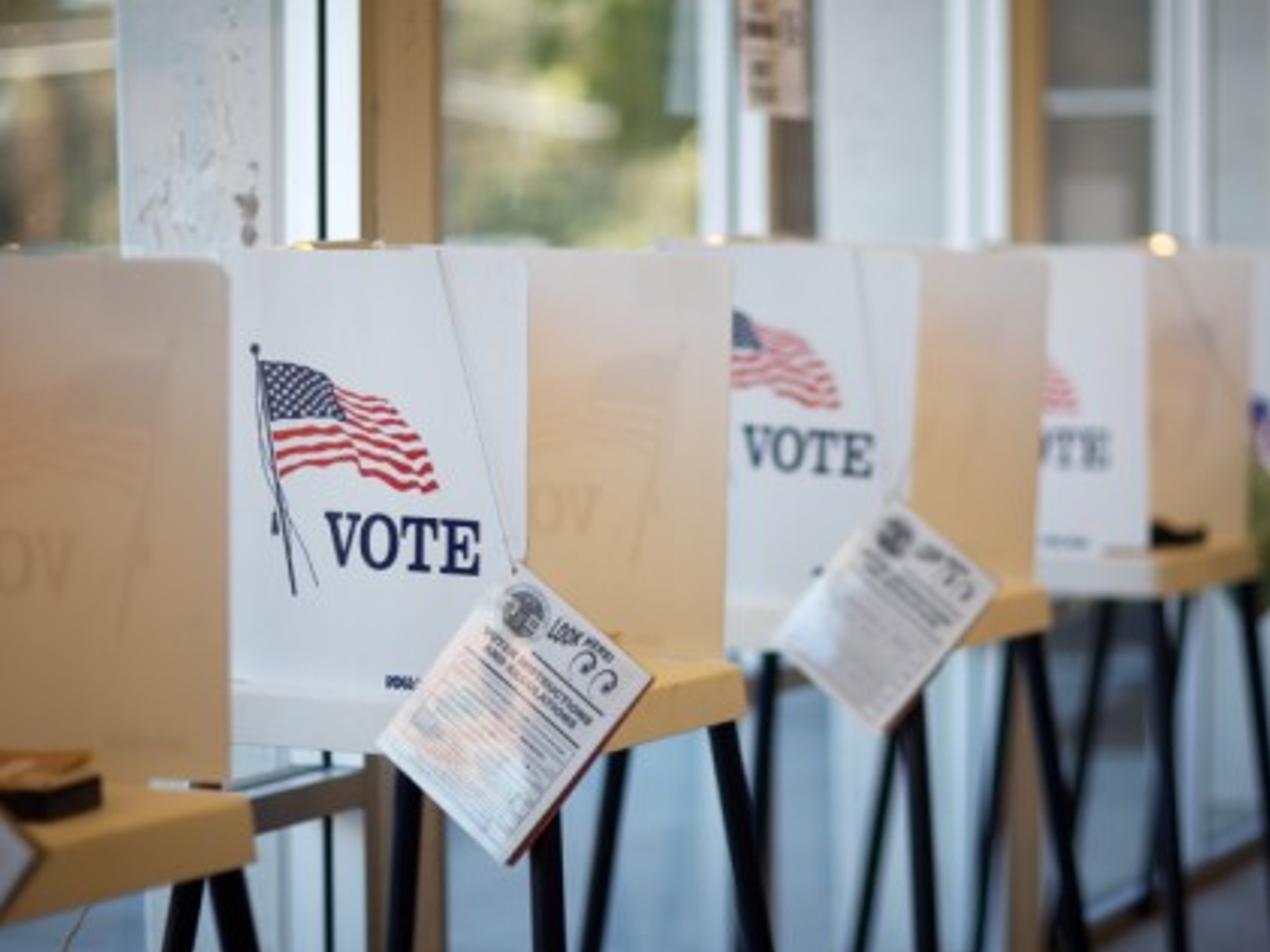 Mitt Romney's Las Vegas field office was buzzing last week. The candidate wasn't there, but his white and blue campaign bus was. Volunteers who had worked a shift calling on voters or knocking on doors in the brutal heat were rewarded with a tour. They stood among the black leather banquettes in the back where the candidate rides and read the love note he left his wife on Valentine's Day. Back in the offices, Romney and Republican Party staffers shared windowless rooms working under color-coded maps of the state. Hovering over the entire operation was a poster in the lobby that greeted everyone. It simply read "92."

That's not the number of days until Election Day. That's the countdown until voting starts in Nevada. Today it reads 85, which is 18 days before Election Day. By the time the big day rolls around--Nov. 6--almost 70 percent of Nevada voters are likely to have marked their ballot. In 2008, only a third of the roughly 130 million nationwide ballots were early or absentee, but that number is expected to increase in this election in the 32 states where it will be allowed. Nevada is one of several early-voting battleground states along with North Carolina, New Mexico, Ohio, Florida, and Colorado. So many people vote early in those key states, it's possible that the election outcome could be determined before anyone steps into a voting booth on that first Tuesday in November

As my colleague Sasha Issenberg writes in his wonderful forthcoming book, The Victory Lab, candidates and political parties started paying more attention to the science of campaigning after the election of 2000. That close race proved that when the outcome is tight, every little bit helps. So campaign strategists dropped the folk wisdom and started paying attention to the eggheads to learn whether a house visit, a phone call, or a piece of direct mail is more effective in identifying and turning out voters, or whether all three can be just as effective if deployed at different times and in different ways.

Early voting is a scientist's playground for experimenting with these techniques because it offers so many days to try them out, perfect them, observe them, and adapt them if necessary. If you're hunting for one day, you want to perfect your shot. If you're hunting over three weeks, you can change your position, try different rifles, wait for the weather to change, and shoot like a sniper.

Campaigns spend years putting together lists of their voters, identifying who they are, and noting what issues motivate them and, in some cases, what methods are most successful in getting them to vote. When early voting starts, most states release a daily list of who has voted. Campaigns can check these lists against their party lists. They don't know how a person voted, but because they've usually been in contact with the voter--or they identified them at an all-night Romney rally--they can make a pretty good guess.

At the start of the early voting, Democrats in Ohio might ask the president to visit to encourage the base to bank their votes. Or, a campaign might hold a rally and give preferential seating to those who wear an "I voted" sticker. A surrogate might rally near polling places, an update on the "knock and drag" technique. When Sarah Palin did this in Nevada in 2010 she helped goose the local vote.  Once the most reliable voters are in the system, a subsequent candidate visit can be targeted at less-ideological swing voters.

Or, campaigns can know when to stop working a state and spend time in another. "In 2008, I knew that Obama had won the election a week before," says Michael McDonald, a George Mason professor who has studied voter-mobilization techniques and used the same analysis the campaigns did. "We took a look at the early vote in Colorado. and it was implausible that McCain could come back." (Obama officials hated this speculation because they worried it would suppress early turnout.)

As the daily vote tallies come in, campaigns know where to tailor their efforts: knocking on more doors in this neighborhood, sending a piece of direct mail about equal pay for women to that one, or just making people feel guilty. When we were by here last week, you said you'd vote. Some campaigns use a subtle form of coercion; they promise to stop calling and sending mail if people will just vote.

One of the benefits of all of these techniques is that it helps a campaign feel in control of its own destiny. A lot of campaign work can feel disconnected, but if you can measure your list against the number of people who have voted, you know you're getting somewhere. In some cases, this work could also be psychological make-work, wasting resources that could be used more productively. But campaigns have convinced themselves in the past few elections that they can squeeze enough new votes using certain techniques that it can make a difference. The Mitt Romney campaign worked the early vote so diligently ahead of the Florida Republican primary that it built the crucial firewall it needed against the advancing Newt Gingrich.

Banking votes early may change what used to be known as the October surprise--the late election phenomenon that favors one candidate. In the 2000 election, news broke just days before the election that George W. Bush had been arrested for driving while under the influence. His strategists say they saw a sharp drop-off in evangelical voters who would otherwise have been predisposed to voting for Bush. If those votes had been banked, the voters couldn't have jumped ship. This could be an argument for dishing your dirt on your opponent early, before he has his supporters locked in. Of course doing that gives your opponent time to recover, too.

On the other hand, if elections are close and each side turns out their base and locks in their vote, that could leave a small, highly persuadable group of swing voters remaining. They might be more susceptible to late-game tremors.

If early voting becomes more common, it may also change the way candidates in other races in the state have to behave. If the candidate at the top of the ticket is banking votes at the start of the early-vote period, do you spend resources trying to ride that wave? If you do, you might not have money left to make a final push when you need it most. Say, for example, on Election Day.

If we're truly serious about stopping massacres like Aurora, we need to cure our addiction to evil
Even Sandy Weill Has Rejected Megabanks. Why Won't Mitt Romney?
How did mass murderers operate before the advent of modern weapons?