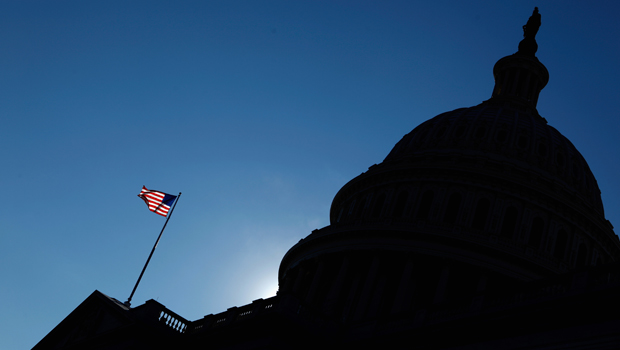 For the last few years politicians in Washington have been stuck in traffic--frustrated, honking, and nursing revenge fantasies. That will change next week when Congress returns from spring break. Immigration reform, gun control legislation, and a big budget deal are all on the agenda. Gridlock is going to turn into Cannonball Run--high-stakes, high-speed, and full of oddball characters taking the lead. There may be an extravagant pile-up, but the spring and summer offer a change from the cramped fussiness of going from one budget crisis to the next. If nothing else, the legislative process in Washington is going to get a lot more interesting.

"We don't do comprehensive well," Sen. Lamar Alexander said three years ago during the health care reform debate. He was right. Congress isn't good at handling complex and volatile issues through its regular procedures. Controversial budget measures pass with bipartisan agreement only after last-minute crisis negotiations. Legislation on national issues advances only on essentially party-line votes. Health care reform received no Republican support. Financial reform passed in 2010 with three Republicans in the Senate and the Houseand the 2009 stimulus passed with three Senate Republicans and no GOP support in the House.

Now Congress faces three highly charged pieces of comprehensive legislation. The road to redemption usually requires taking one small step at a time, but the political establishment could take a huge bound. If lawmakers can come to an agreement on even one of these big issues, it will offer evidence that Washington politicians can not only perform the basic functions of their office, but that they can do so when it comes to complicated and politically sensitive issues.

Congress has passed big measures like the national defense authorization or patent reform (seven years in the making), but these issues are different. Those pieces of legislation didn't touch on emotionally charged national issues. Other than abortion rights, it's hard to think of a more emotional issue than gun control. Second Amendment supporters are notoriously passionate and the issue has been supercharged by the recent shootings and the president's regular involvement. Immigration reform is emotional, but its gargantuan size comes from the scope of its effect on the economy and the 11 million people who are in the United States illegally and whose lives will be immediately affected. The battle over the budget--and the possibility of a grand bargain--touch on all facets of the federal government. Politically, the argument over the budget also represents the core issue that was debated in the last election.

That these are national issues is demonstrated by the cast of characters looking to make a name for themselves by rushing into the action. If nothing else, hearing about Sens. Schumer, Manchin, Cruz, Rubio, and Paul is a refreshing break from all the coverage of Obama, Boehner, Cantor and McConnell.

There is activity on all three issues--not all of it in a positive direction--but unlike the grinding slowness of the last few years, at least there is ferment and activity. (One veteran journalist compared covering the dreary sameness of Washington budget battles to reporting on the decades-long stalemate between the Israelis and Palestinians.) On immigration, the Gang of Eight may rescue the reputation and good name of Washington gangs. Unlike the supercommittee or the Gang of Six working on health care in 2009 or the Gang of Six working on the budget in 2011, this group has not collapsed and may produce actual legislative language.

On the budget, the president, House, and Senate will all put out documents. A conference committee to reconcile the differences is likely to take place. Hearings will be held and ideas will be debated. The president is holding another dinner with Republican senators next Wednesday as he continues to try to find some road to a grand bargain. The destination is a long way off but at least people have stopped screaming at one another in the street and have gotten back into their cars.

Legislation on sweeping gun control measures may not pass, but the momentum for a vote is enormous. One of the frustrating things about Washington gridlock is the lack of accountability for being so utterly awful. On the question of gun control, voters will be able to see how their lawmakers voted. It's hard to imagine that it will evaporate the way cap-and-trade legislation did in Obama's first term or immigration reform, energy reform, or Social Security reform did during the Bush years.

There are plenty of reasons these three big pieces of legislation could collapse. The forces of partisanship, ego, and limited imagination that have made crisis budgeting so dreary to watch and so disappointing substantively are still very much alive. But we have just come from a fight over budget sequestration where the two sides could not come to an agreement to avoid cuts designed to be so draconian they would force agreement. So after a period of desolation, a few green shoots are welcome. The two parties have not even been in proximity of a major bipartisan deal in so long the very fact that they are in the same neighborhood is a possible sign that our system is not irreparably broken.

Spring is a time of renewal. Perhaps that can be true in Washington, too. If not, at least it will give us something far more interesting to watch.