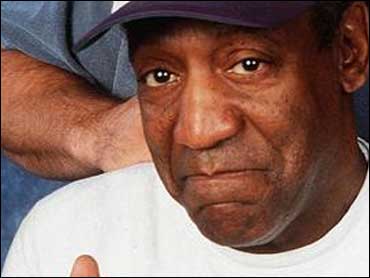 Comedian Bill Cosby, responding to a woman's allegations of sexual molestation, said "words and actions can be misinterpreted," but insists he wouldn't give in to any attempt to "exploit" him because he is a celebrity.

"Looking back on it, I realize that words and actions can be misinterpreted by another person, and unless you're a supreme being, you can't predict what another individual will do," Cosby told The National Enquirer, which hits newsstands Friday.

"I'm not saying that what I did was wrong, but I apologize to my loving wife, who has stood by my side for all these years, for any pain I have caused her. These allegations have caused my family great emotional stress."

The 67-year-old entertainer — best-known as a warm, wisecracking TV dad — was cleared of criminal charges in connection with the allegations. Attorneys for the Canadian woman said she still planned a civil lawsuit.

One of the lawyers, Dolores M. Troiani, said Thursday the civil action should be filed next week.

In the interview, Cosby said he didn't want to speculate on whether money was the woman's motive — "Let's not go there," he said. But he asserted: "I am not going to give in to people who try to exploit me because of my celebrity status."

A spokesman, David Brokaw, confirmed Cosby had given the interview, but said Cosby wouldn't comment further.

Cosby was interviewed by Enquirer editor Barry Levine at a Houston hotel while on tour Feb. 21. Four days earlier, a prosecutor had said the comedian wouldn't face charges stemming from the allegations by a former employee at Temple University, Cosby's alma mater.

The woman, who now lives in her native Ontario, told Canadian authorities that, after a night out with friends in January 2004, Cosby gave her medication that made her dizzy and had fondled her. She said she later awoke to find her bra undone and her clothes in disarray.

Cosby denied the allegations. The accuser's family had described Cosby as a friend and mentor to the woman, which he didn't deny. He told the Enquirer a role as mentor can lead to trouble.

"Sometimes you try to help people and it backfires on you and then they try to take advantage of you," Cosby said. "People can soil you by taking advantage."

The woman's attorneys, Troiani and Bebe H. Kivitz, said Cosby seemed to have changed his position in the matter.

"We are pleased that after Mr. Cosby's camp initially characterized our client's allegations as bizarre and utterly preposterous, he has acknowledged that it was his conduct after all that formed the basis for her allegations," a statement from the attorneys said.

Levine said Cosby agreed to the interview with the tabloid, which has a circulation of 1.5 million, partly out of gratitude. The Enquirer offered a $100,000 reward that led to the arrest of Mikail Markhasev, who was convicted of murdering Cosby's son, Ennis, during a roadside robbery in 1997.