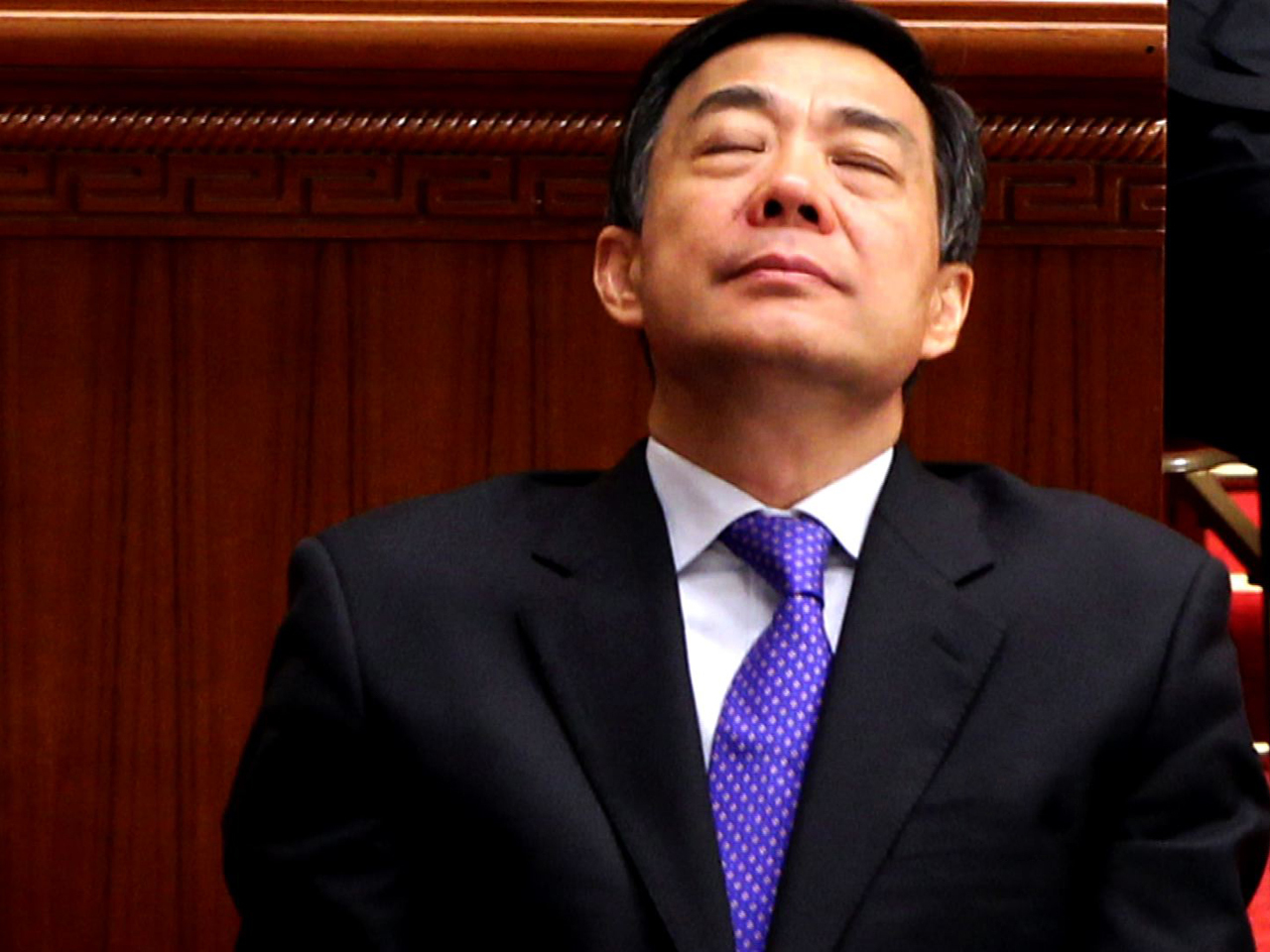 JINAN, China Disgraced Chinese politician Bo Xilai went on trial Thursday on charges of bribery, embezzlement and abuse of power, marking the ruling Communist Party's attempts to draw a line under one of its most lurid political scandals in decades.

Bo entered the courthouse under police escort in the eastern city of Jinan, the court said, in closely choreographed proceedings held under extremely tight security, with police sealing off nearby roads with red and yellow barriers and bundling onlookers into a minivan.

Once the powerful party boss in the megacity of Chongqing, Bo became the most senior leader to fall from power in years after revelations emerged that his wife had killed a British businessman. His removal marked China's biggest upheaval in the leadership since the violent suppression of the Tiananmen Square pro-democracy protests in 1989.

Five of Bo's relatives attended the trial, the Jinan Intermediate People's Court said in a stream of posts on its Sina Weibo microblog, though the relatives were not identified. The postings were a rare display of openness for a high-profile political trial in China. Journalists from foreign media outlets were kept from the courtroom, but the court said 19 reporters were among the 110 people attending the trial.

"All the seats are filled and all is in good order," the court said.

The scandal was triggered last year when Bo's police chief, a top aide, fled to a U.S. consulate in a neighboring city, an event that embarrassed the party's leadership ahead of a key political transition. It would later emerge that the police chief had evidence of the Briton's murder, making the Bo family an international diplomatic liability for the leadership.

Chinese authorities have released few details of the charges Bo faces, but analysts say they appear carefully calibrated to lay blame on Bo's individual actions and provide enough culpability to end his political career, while avoiding allegations that could expose the impunity with which top Chinese officials are believed to operate before they fall from favor.

A person with direct knowledge of the case has said Bo is accused of accepting bribes amounting to more than 20 million yuan ($3.3 million) and embezzling 5 million yuan ($820,000) while he was posted to the eastern city of Dalian. The abuse of power allegation is related to his alleged attempts in Chongqing to block an investigation into the murder by his wife in late 2011 and his sacking of his police chief, reports say.

A verdict of guilt is all but assured, because the outcome of such trials involving high-profile politicians in China are usually decided by backroom negotiations by politicians and handed down by the court. Bo's downfall also has been widely perceived as the result of his defeat in party infighting ahead of China's once-a-decade leadership transition last fall.

"Bo Xilai's faction fell out of grace during the power struggle among top leaders," said Pu Zhiqiang, a prominent human rights lawyer based in Beijing. "In reality, it does not matter what he is charged with ... because this is it is a political trial, which does not represent the spirit of law."

Bo's wife, Gu Kailai, confessed to killing Neil Heywood and was handed a suspended death sentence last year that will likely be commuted to life imprisonment. Bo's aide, Wang Lijun, was sentenced to 15 years' imprisonment for making his thwarted defection bid and helping Gu cover up the murder.

A few supporters of Bo appeared at the court on Wednesday, a day before the trial, blasting the legal proceedings as unjust and hailing his work as leader in Chongqing.

That Bo enjoys residual popularity among some of the Chinese public underscores how effective the media-savvy politician was in portraying himself as a man of the people. He spoke often of tackling the burgeoning income inequality gap, and introduced housing and other social policies in Chongqing that made him beloved by the poor.

Bo mobilized people in Chongqing to sing communist anthems, campaigns that resonated with people who've felt increasingly alienated from a party and government seen as corrupt and morally bankrupt.

"Bo tapped into these ideas with the `red songs,' and invoked a certain kind of camaraderie and unity that has been missing," said Dali Yang, head of the University of Chicago Center in Beijing. "He created in some way a moral universe that made people feel much more confident and hopeful in some ways, certainly in Chongqing."

Bo's Communist revival efforts had alarmed the elite in China's previous administration who were wary of the violent excesses of the Mao Zedong's radical era and of any one politician gaining prominence. However, China's new Communist Party leader Xi Jinping, installed last fall, appears keen to use some of Mao's tactics, including an ideological campaign urging cadres to purify themselves of corruption and bind more closely to the masses.