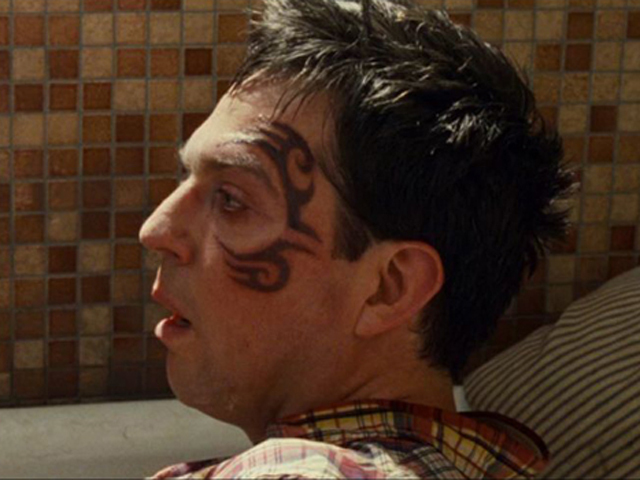 The film, released May 26, shows Helms waking up in Bangkok with the same facial tattoo as Tyson, who makes a brief appearance in the film. (Whitmill's lawsuit doesn't include Tyson because the retired boxer has an agreement saying he can be featured on film with the tattoo.)

Whitmill claims that Warner Bros. should have asked his permission to use his tattoo design on Helms' face and asked a judge to issue a preliminary injunction, which would have prevented the comedy sequel from entering theaters. Warner Bros. executives, however, argued they didn't need to get the plaintiff's permission to depict the tattoo on Helms' face because it falls under "fair use" as a parody because the tattoo, which Tyson famously got in 2003, is well-recognized in pop culture.

Video: Mike Tyson and his tattoo

On May 24, Chief Judge Catherine D. Perry of the U.S. District Court for the Eastern District of Missouri denied Whitmill a preliminary injunction, but said that because the film showed the entire tattoo on Helms' face in its original form, it did not do so in parody. The judge scheduled a permanent injunction in about a month.

We spoke with Saint Louis University School of Law professor Yvette Liebesman, who attended the hearing, about whether someone can really copyright a tattoo.

"It may be possible -- the courts will be weighing in on this based on many considerations," Liebesman told Life's Little Mysteries. "Under the Copyright Act, a tattoo could meet the requirement that the work be an 'original work of authorship fixed in a tangible medium of expression.'"

But can skin really count as a "tangible medium?" Yes, according to James Silverberg, director of litigation for the Intellectual Property Group, PLLC, which represents professionals in the art, design, entertainment and media fields. "Since 1976, under Title 17 of the United States Code, which outlines U.S. copyright laws, any artwork that is put down on paper or some other canvas automatically has a copyright," he said.

And, Silverberg points out, most tattoo artists make a drawing of a design on paper before embedding it onto a client's flesh. That paper draft counts as a copyright. Artists can further protect their work, enjoy exclusive rights to its reproduction or set fees for its reproduction by registering their art at the copyright office, according to Silverberg. But that isn't a required step for copyrighting an artwork.

Although Whitmill did, in fact, register the copyright for his tattoo design, a copyright doesn't guarantee he'll win his case. Another issue is the originality of the work.

And indeed, Whitmill's lawsuit has been criticized for attempting to take credit for designing a tattoo pattern that strongly resembles the unique facial tattoos of the Maori, an indigenous people residing in New Zealand.

"If the design was merely 'Maori style' or 'Maori-influenced,' it would be original," said Lionel Bently, an international intellectual property law professor at Cambridge University in the United Kingdom. "But if it was slavishly copied from an existing Maori design, it would not be original to the tattooist. The Tyson (tattoo) case raises more fundamental questions too, about whether the permission of the Maori people ought to be needed to create the tattoo or include it in the film."

And that could be where Whitmill's case hits a snag, at least according to one expert on Maori art.

"The tattooist has never consulted with Maori, has never had experience of Maori and originally and obviously stole the design that he put on Tyson," Ngahuia Te Awekotuku, a professor with a focus on Maori and Pacific art at the University of Waikato in New Zealand, and author of "Mau Moko: The World of Maori Tattoo," told the New Zealand Herald.

"The tattooist has an incredible arrogance to assume he has the intellectual right to claim the design form of an indigenous culture that is not his," Te Awekotuku said.