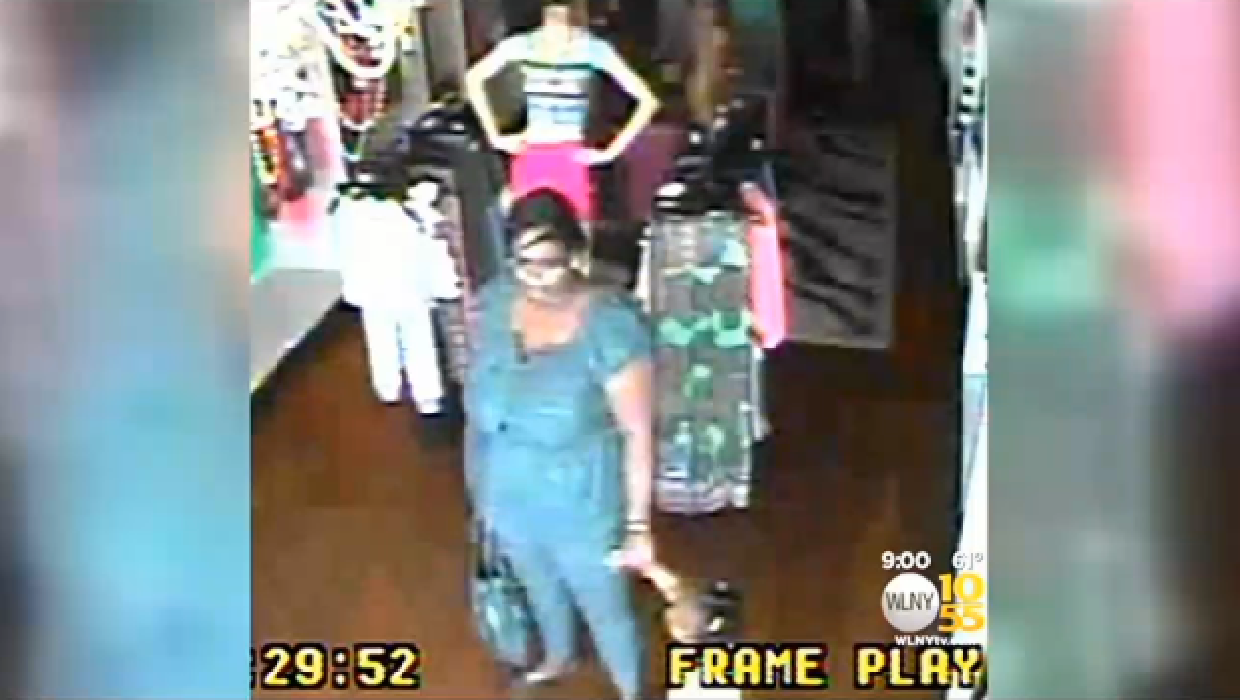 The women allegedly stole a wallet from an employee's purse behind the counter of Karma Boutique in Queens last Wednesday.

Surveillance video reportedly shows one of the women distracting the store clerk while the other woman directed the little girl, who appears to be about 4-years-old, to grab the wallet and bring it to her.

"The mother opened up the wallet, saw apparently that there was money inside, turned around and put it inside her pocket and walked out of the store," Papacostas said.

One worker was up on a ladder helping one of the suspects, who was posing as a shopper, while another employee was in the back of the store with the other woman. Police believe, at that time, the little girl was stealing a purse and fanny pack, getting $80 in cash, a driver's license and credit cards, reports CBS New York.

The thrift shop does not have a security camera system, but the victims were able to describe the two women and child to authorities.

Employees at the nearby Empress Travel agency also believe they were targeted by the trio. A cash box was missing after two women matching the descriptions of the suspects in the other cases brought the young girl to the business, asking if the child could use the restroom.

The victims said they were more concerned about the girl's welfare than anything else.

"It's really child abuse. It's really what it is, which leads to adult trauma, unfortunately," said Rose Meehan, who works at The Worthy Pause.

"I'm shocked. I have three kids of my own," Papacostas said. "I can't even imagine in life teaching a child to steal, from that young."

Police are asking anyone with information about the thefts to call Crime Stoppers at 800-577-8477 or to submit an anonymous tip online at NYPDCrimeStoppers.com.