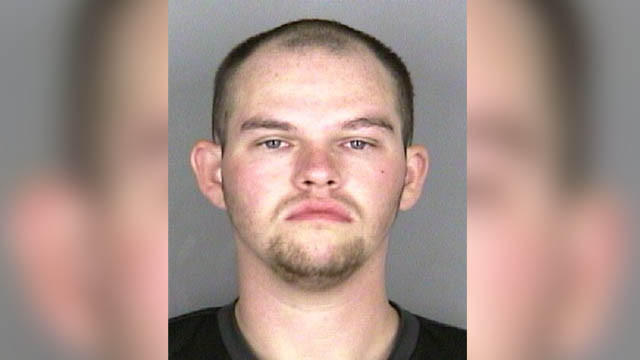 SALEM, Ore. — A man authorities say kidnapped a woman and her child, holding them at their home, has been arrested after he took her to a store and she mouthed the words "help me" to several people.

Christopher Hahn-Collins, 25, of Salem, is scheduled for a hearing Monday afternoon at Marion County Circuit Court. It wasn't immediately clear if he had an attorney.

The sheriff's office said Saturday Hahn-Collins had broken into the woman's home on Friday, and when she and her child returned there, he held them at knifepoint overnight and into Saturday. The unidentified woman convinced Hahn-Collins to take her to the Dick's Sporting Goods store on Saturday afternoon, where she was rescued by deputies who had been called to the scene by people who saw her plead for help.

Detectives say Hahn-Collins and the victims didn't know each other previously. Hahn-Collins was booked into the  Marion County Jail on two counts of first-degree kidnapping, menancing, first-degree burglary, unlawful possession and unlawful use of a weapon, giving false information to police and a parole violation warrant on a previous sex abuse charge, reports CBS affiliate KOIN.