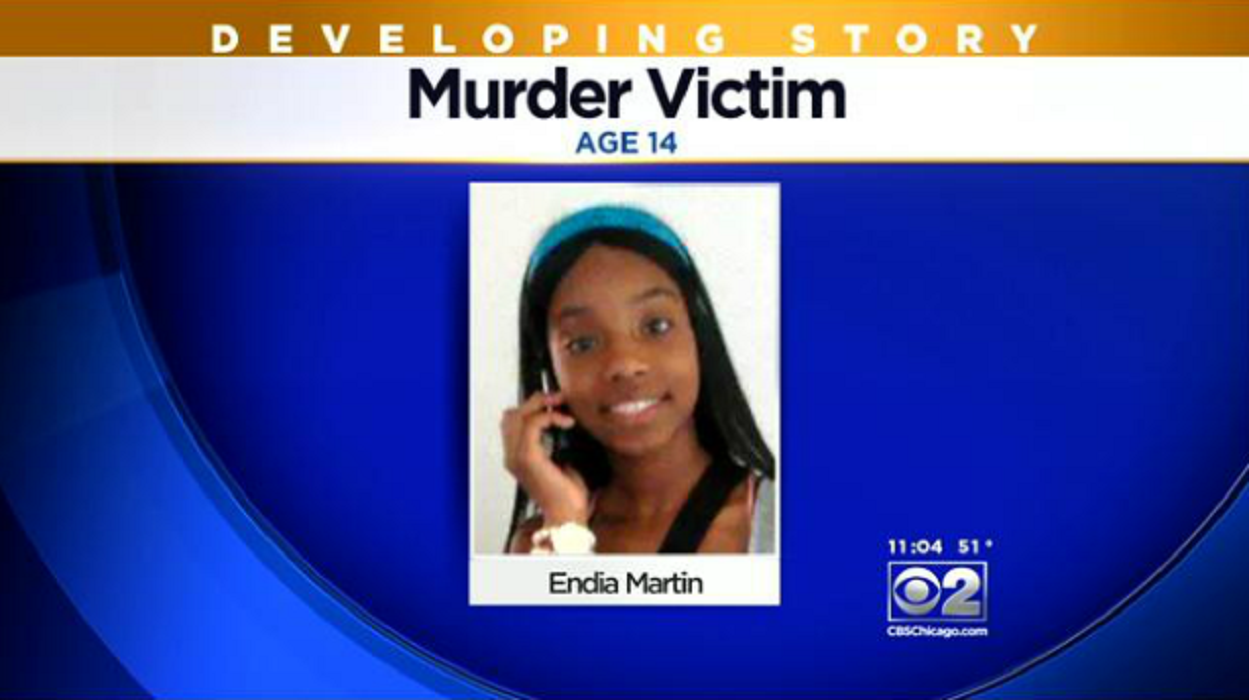 CHICAGO - The uncle of a 14-year-old Chicago girl accused of killing a classmate in a fight over a boy is accused of giving his niece the murder weapon and accompanying her to the fight, reports CBS Chicago.

Donnell Flora, 25, is charged with first-degree murder and aggravated battery in connection with the death of 14-year-old Endia Martin, police said. His bail was set at $3 million at a bond hearing Wednesday afternoon. According to the station, Flora is wheelchair-bound and paralyzed from the waist down after he was shot four years ago.

Flora's 14-year-old niece is also charged with first-degree murder and aggravated battery, though her charges were filed in juvenile court due to her age.

Endia, a freshman at Tilden Career Community Academy High School, was walking home from school Monday afternoon when the 14-year-old suspect allegedly approached her and pulled out a .38-caliber revolver. Reportedly, when the teen pulled the trigger the gun jammed, but someone who was with her fixed it. Endia and her 16-year-old friend were shot, reports CBS Chicago.

Police have said Endia and the girl who shot her had been fighting over a boy.

Police Supt. Garry McCarthy said the girls' argument never would have escalated past a fistfight had someone not given her a gun, reports the station.

McCarthy said the gun used in the shooting had been stolen from its legal owner's car two weeks ago. McCarthy said it's "absolutely insane" that the state's concealed carry law allows people to store their guns in a car.

"Those guns need to be in lock boxes, in safes, in people's residences or on their person," McCarthy said.

He noted police officers are not allowed to store their firearms in their cars.

In court, it was revealed the suspect was an honors student at John Hope College Prep High School and was on a student leadership council. A judge ordered she remain in custody after prosecutors argued she is a danger to the public and herself, and that the shooting clearly was premeditated.

Because she has been charged as a juvenile, the maximum penalty the suspect could face is incarceration until her 21st birthday, CBS Chicago reported.