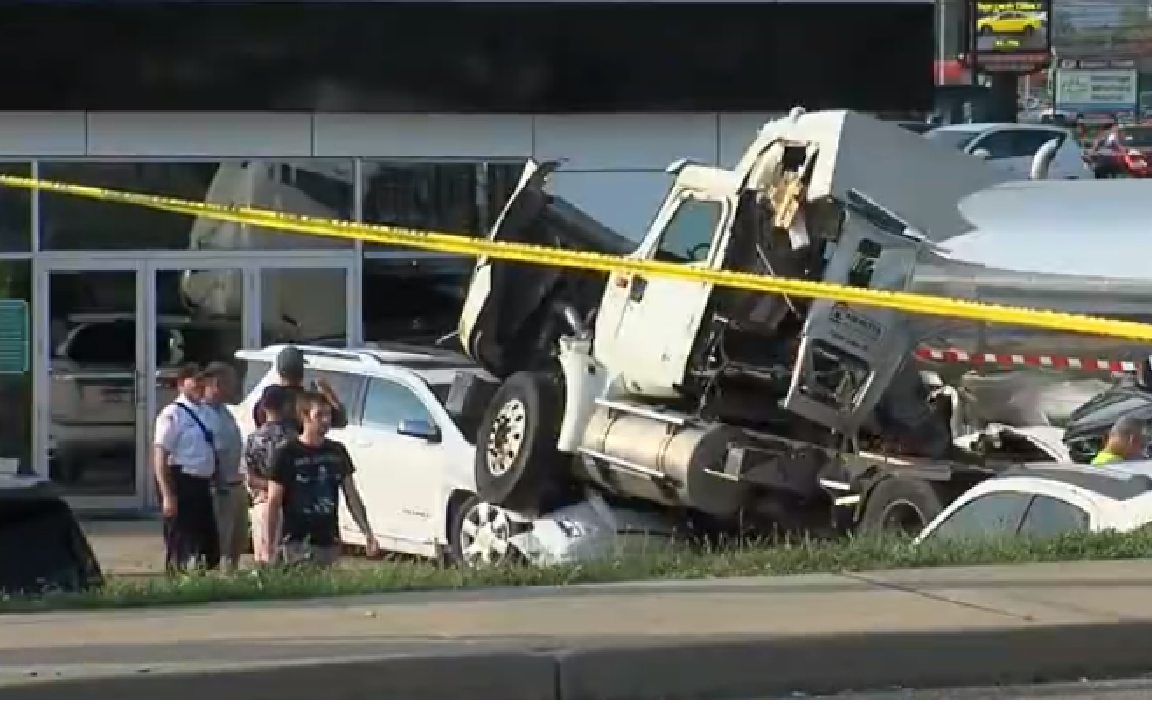 HERMITAGE, Pa. - Police say the driver of a milk tanker truck was choking on a soft drink when he drove off a Pennsylvania highway and crashed into 23 new cars on a dealership lot.

Police in Hermitage say the driver choked on Dr Pepper on Sunday and drove the truck nearly 600 feet through a grassy area before smashing into a building at Montrose Buick-GMC-Cadillac.

The (Sharon) Herald reports the truck rumbled down an embankment before hitting the cars, including one that was pushed into the dealership showroom.

April Williams told CBS Youngstown affiliate WKBN that she was at the nearby Wal-Mart when she heard a loud crash and ran over to the truck driver to help him out of his vehicle.

"He said that he was taking a drink, and he choked on whatever it was. It went down the wrong pipe, and he was choking and he said he was coughing so hard he literally couldn't see anything and just lost control and hit the pole," Williams said.

Hermitage Fire chief John Flynn told the station he is thankful the accident happened on a Sunday when the car dealership is closed.

"A lot of lives were spared," Williams told the station. "It could have went really badly because he was fine. I'm sure the dealership's not happy, but at least no one physically got hurt."

State police found no mechanical problems with the truck and no indication the driver tried to brake. The driver of the truck owned by Neimeyer Milk Transfer was cited for careless driving.