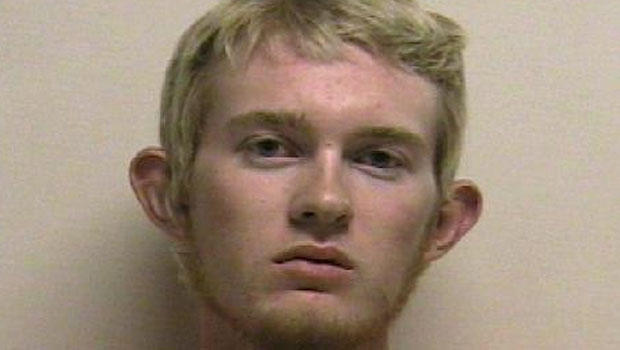 PAYSON CANYON, Utah -- A Utah teen has been jailed on murder charges after police say he played an "active role" in a friend's suicide, reports CBS affiliate KUTV.

18-year-old Tyerell Joe Przybycien allegedly filmed as the 16-year-old girl hung herself from a tree, and he told police he had a "fascination with death," the station reports.

The Utah County Sheriff's Office said Monday that turkey hunters found the victim dead, hanging from a tree Saturday morning near a wooded campground in Payson Canyon, south of Provo.

The recording on her cellphone showed the two of them talking about her suicide before she put a rope around her neck and inhaled a can of aerosol, the station reports. Deputies say Przybycien was still recording at the girl passed out and her weight caused her to hang from the rope and die.

The video shows Przybycien approach her and check her pulse, but make no effort to help her, reports the Salt Lake Tribune.

Police say they found a receipt for the aerosol and other items, purchased by Przybycien. The two also purchased the rope together, the paper reports.

Police believe he left the scene of the girl's death overnight before returning to talk to deputies the next morning.

Przybycien was booked into the Utah County Jail on a murder charge. Bail has been set at $20,000.