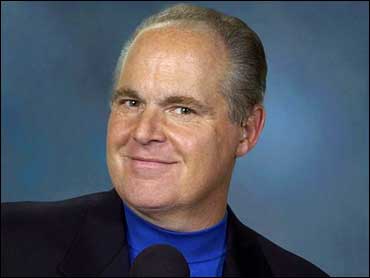 Investigators who raided the offices of Rush Limbaugh's doctors said in search warrants filed Thursday that the conservative radio commentator engaged in illegal drug use and "doctor shopping" for prescription painkillers.

The warrants — which name four doctors and several prescription drugs — show investigators were looking for medical, insurance and appointment records for Limbaugh, as well as cash receipts and prescription forms, when they raided two offices Nov. 25. No charges have been filed and no arrests have been made.

"Mr. Limbaugh's actions violate the letter, and spirit" of the law that relates to doctor shopping, stated one of warrants, signed by Asim Brown, a law enforcement agent assigned to the state attorney's office anti-money laundering task force.

Doctor shopping refers to looking for a doctor willing to prescribe drugs illegally, or getting prescriptions for a single drug from more than one doctor at the same time.

"The prescriptions were issued sometimes in the same week and less than 30 days apart," the warrants said. "Mr. Limbaugh alternated physicians to obtain overlapping prescriptions" and failed to tell each doctor that he was seeing others.

Limbaugh denied any wrongdoing to listeners on his radio show earlier Thursday and accused prosecutors in Palm Beach County of going on a "fishing expedition."

Reading from a statement prepared by his attorney Roy Black, Limbaugh said the medical records will clear him.

"What these records show is that Mr. Limbaugh suffered extreme pain and had legitimate reasons for taking pain medication," Limbaugh said. "Unfortunately, because of Mr. Limbaugh's prominence and well-known political opinions, he is being subjected to an invasion of privacy no citizen of this republic should endure."

State Attorney Barry Krischer said in a statement that Limbaugh's rights have been "scrupulously protected."

The warrants, filed in Palm Beach County Circuit Court, show that prosecutors began investigating in December 2002 after Limbaugh's former maid, Wilma Cline, told them she sold Limbaugh "large quantities of hydrocodone, Oxycontin and other pharmaceutical drugs in Palm Beach County over the course of many years."

Cline provided investigators with e-mails and answering machine recordings to support her claims, according to the warrants.

The medical offices were raided after investigators examined records from Palm Beach pharmacies near Limbaugh's $24 million oceanfront mansion that they say support the doctor-shopping allegations.

The records seized in the raids list prescriptions for more than 2,100 pills from March 24 through Sept. 26. The medications include the powerful painkillers Oxycontin, Lorcet, Norco, hydrocodone and Kadian. In addition, Limbaugh received prescriptions for the anti-anxiety drug Xanax, the cholesterol-lowering drug Niacin, and Clonodine, which treats high blood pressure.

Two of the four search warrants filed Thursday in Palm Beach Circuit Court were executed at the offices of Jupiter Outpatient Surgery Center. A third was executed at Palm Beach Ear, Nose and Throat Association in Palm Beach Gardens. A fourth for the same location has not yet been executed.

Drourr and officials at both centers declined comment, citing privacy laws. Murray did not return a phone call seeking comment, and the other doctors could not be immediately reached.

Limbaugh was absent from his show for five weeks recently while spending time at a drug rehabilitation program because of his addiction to prescription painkillers.

Limbaugh allegedly withdrew cash 30 to 40 times at amounts just under the $10,000 limit that requires a bank to report the transaction to the federal government. The radio host responded with a blanket denial of the allegations during his third day back on the air.

Limbaugh, reading from his lawyer's statement, said Thursday, "Let us make our position clear: Rush Limbaugh is not part of a drug ring. He was never a target of a drug investigation. He became addicted to a prescription drug during legitimate medical treatment. He has publicly admitted this problem and has successfully sought treatment which continues today."