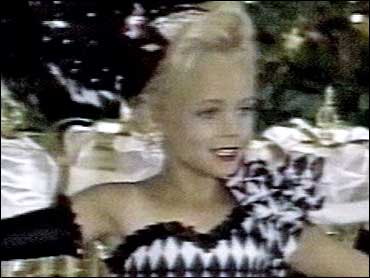 The slaying of 6-year-old beauty pageant contestant JonBenet Ramsey will be investigated as a cold case with all evidence and actions taken 12 years ago reviewed anew, the police chief said Monday as the department resumed a probe for which it had long been criticized.

Chief Mark Beckner said new technology gives investigators tools they didn't have a decade ago. JonBenet was found bludgeoned and strangled in the basement of her Boulder home in 1996. Her story became a media sensation for years.

Police had transferred the probe to the district attorney's office six years ago amid criticism of how the case was handled.

"We'd love to solve this case for JonBenet so she can rest in peace," Beckner said at a news conference announcing the shift.

Police will handle the investigation as a cold case, "reviewing everything that's been done, the evidence that's been collected, trying to determine where do we go from here," he said.

L. Lin Wood, an attorney for JonBenet's father, John Ramsey, said the decision was a "positive sign in terms of my hope that the Boulder Police Department will take not only a new review in terms of a cold case review, but that it will go in this time with an objective review."

Wood and Ramsey have been critical of previous police efforts, saying they unfairly focused on the family and ignored other evidence.

Patsy Ramsey, JonBenet's mother and John Ramsey's wife, died in 2006 after a long battle with cancer.

Beckner said he and newly elected District Attorney Stan Garnett agreed that police should lead the investigation again. Beckner said he has invited a team of veteran investigators from state and federal agencies to join an advisory task force.

"We're bringing in people on this task force that are going to have a fresh perspective. (They're going to) look at this case, tell us what they think, challenge us, give us ideas."

The group will meet in the next few weeks to review the evidence and identify additional testing that might be done.

Beckner told the Camera newspaper of Boulder the task force will "explore all possible theories about what happened the night JonBenet was killed" and added, "We are open to all possibilities."

At the news conference, Beckner said more than 140 people had already been investigated as potential suspects, but none could be definitively linked to the crime.

Garnett's predecessor, Mary Lacy, last year cleared Jonbenet's family in the slaying, saying male DNA found on the girl's clothing almost certainly came from her killer, and that it didn't match anyone in the family.