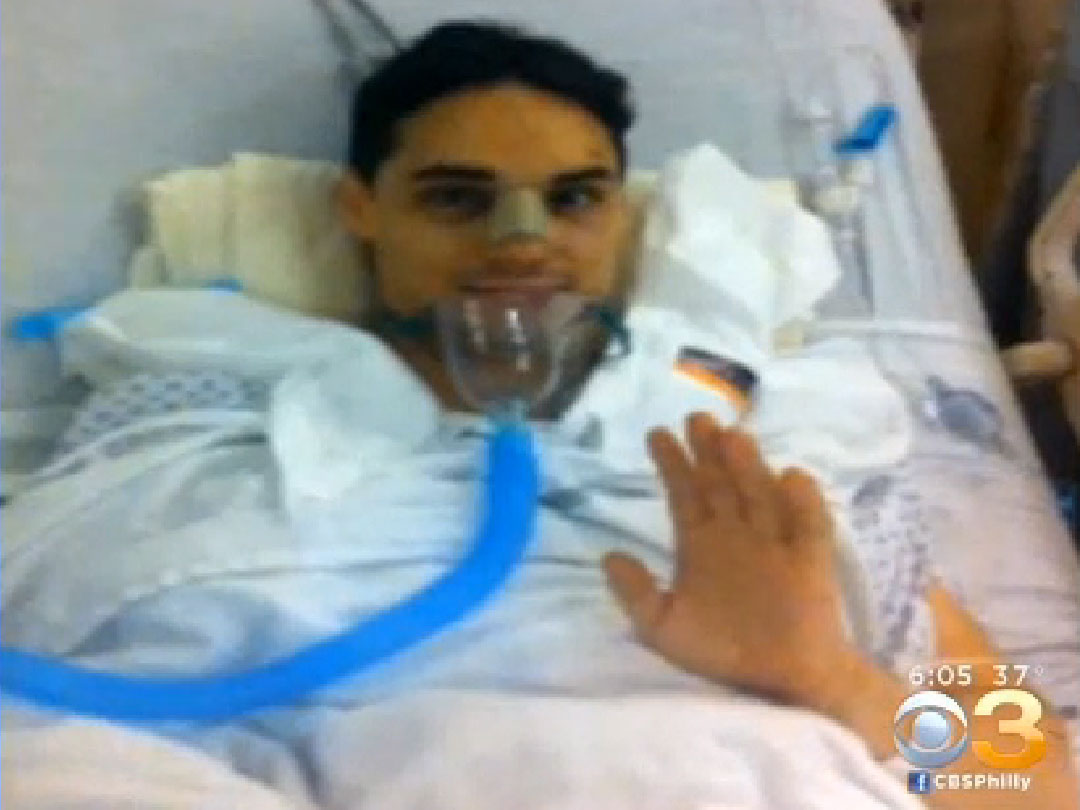 PHILADELPHIA - A 30-year-old Manhattan chef suffered a broken nose and jaw after a Philadelphia ambush that may be linked to the so-called “Knockout Game,” reports CBS Philly.

Police say Diego Moya was ambushed by a group of six to eight males ranging in age from about 16 to 21 as he walked along Market Street in Philadelphia just after 11 p.m. Tuesday. Moya, who was in Philadelphia visiting friends, was reportedly punched and kicked during the attack.

The "knockout game" appears to be gaining popularity among some teens and has  targeted victims in several cities including New York and Washington, D.C, reported CBS New York.  Videos of similar attacks have emerged from several cities, including Pittsburgh, St. Louis, and Wash., D.C.

The "game" consists of a person sneaking up on a random victim and trying to knock them out, typically with a punch. At least four of the attacks have been fatal, reported CBS News' John Miller.

Police told CBS Philly nothing was stolen from Moya, and the attack appears random. They’re investigating a possible link to the knockout game, reports the station.

Moya reportedly underwent hours of surgery and has his jaw wired shut. He is recovering.

On Monday, before Moya was attacked, Philadelphia Mayor Michael Nutter and Police Commissioner Charles Ramsey warned of serious consequences for anyone taking part in “knockout” attacks, reports the station.

“You’re also hurting another human being for no reason at all. There’s no excuse for this kind of behavior, it will not be tolerated here in the city. We will do everything we can to...prevent, but if someone does engage, we will catch you. You’ll be prosecuted, and your life will be changed dramatically,” Nutter said.