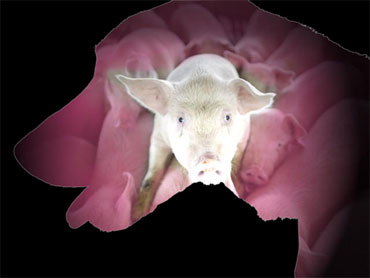 The reported shooting of a minivan Wednesday in an area where 24 highway shootings are under investigation was determined to be a hoax, authorities said.

The driver of the van, Richard A. Adams of Circleville, admitted to authorities that he shot his own van on Wednesday and told investigators the gunfire occurred while he was driving, the task force investigating the highway shootings said in a release. Charges are pending against Adams.

"Valuable time, resources and manpower were wasted because of this foolish action," investigators said in a statement.

Adams had initially told investigators his red GMC Safari minivan was struck while traveling south on U.S. 23 south of Interstate 270 on Columbus' south side, according to a police report.

The area was where another shooting on Nov. 21 and is in the area of where many of the initial shootings occurred, the task force said.

The report states that Adams initially told investigators he pulled over on the highway after hearing a loud noise and discovered a bullet hole. He called 911 from his home in Pickaway County about 27 miles south of Columbus.

Most of the shootings including one that killed a woman in November have been at vehicles and buildings scattered along or near I-270, a busy highway that circles Columbus.

The shootings began in May, though most have occurred since mid-October.