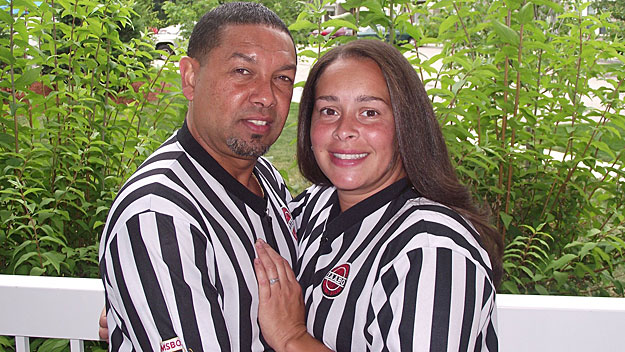 WALTHAM, Mass. - A suburban Boston man is accused of killing his wife during an argument over a Christmas gift, reports CBS Boston.

Julio Resto, 51, pleaded not guilty to murder and other charges in Waltham District Court Wednesday afternoon in the death of his wife, 42-year-old Gloria Resto. He was ordered held without bail.

Police say Resto first tried to strangle his wife and then stabbed her with a kitchen knife in their apartment in Waltham early Wednesday morning.

Julio told police his wife was upset with him because he did not buy her a Christmas gift, reports the station.

After he stabbed her, police say, Resto tried to kill himself by stuffing a towel in the exhaust pipe of his car, but it didn't work.

Prosecutors say he then drove to Waltham police headquarters, walked in with a knife in his hand and yelled out to officers, "Shoot me. I have nothing to live for! I just killed my wife," reports the station.

Police reportedly used a beanbag gun to subdue him and then arrested him.

Officers then went to the couple's home and found Gloria Resto's body. They also found her son asleep in his bed unharmed, according to the station.

Gloria's aunt said she was a devoted mother of two children and the entire family is distraught.

"She did a lot for everybody. She was just always there for us. Right now we all need our privacy," the unnamed aunt told reporters outside court.

Julio Resto is due back in court January 6.