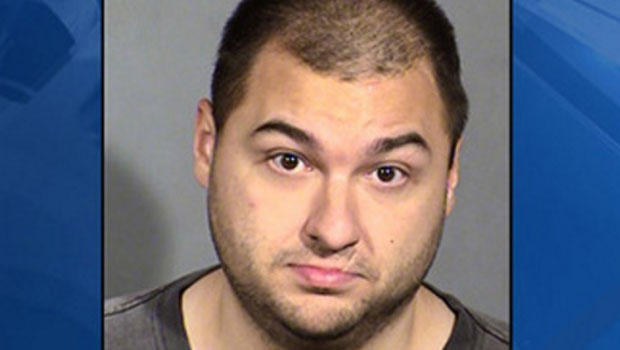 Shane Schindler was initially charged with one count of carrying a concealed weapon, the Las Vegas Review-Journal reported. Schindler was arrested last week following the Feb. 22 incident. He was charged on Tuesday with attempted murder, the paper reported.

Schindler’s arrest report says police set up the mannequin resembling a sleeping man after detectives had no leads on the slayings of two homeless men earlier this year in downtown Las Vegas. Authorities hadn’t ruled out the possibility of “thrill kills” and placed the blanket-covered mannequin on the same spot where one of the two men was killed.

The report says Schindler, 30, approached the “decoy,” looked around for traffic and struck it with a 4-pound engineer’s hammer he had in a bag. Surveillance video captured the incident.

According to the report, Schindler told police he “knew it was a mannequin” before hitting it. But police dispute that statement.

“The decoy mannequin was staged in a manner which would have made it impossible for Schindler to have determined the mannequin was not a human being before he struck,” according to the arrest report. “Schindler swung the hammer using both arms to generate maximum force to his blow.”

Deputy public defender Ashley Sisolak described Schindler’s bail as excessive. She said her “client has proclaimed his innocence, and I look forward to fighting these allegations.”

Daniel Aldape, 46, and David Dunn, 60, were bludgeoned to death within a month’s time earlier this year. Both had suffered apparent head trauma.