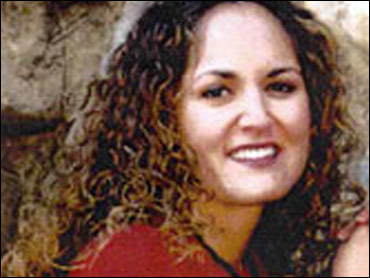 Salt Lake City police are hunting for a 27-year-old pregnant woman who disappeared while jogging on Monday morning.

Cops were planning to use volunteers to scour Memory Grove and City Creek Canyon for the woman.

Lori Kay Hacking, 27, left her Salt Lake home about 5:30 a.m. to run in the park and canyon. After she did not show up later for her job at Wells Fargo Bank, her husband, Mark Hacking, called police at 10:49 a.m., Detective Dwayne Baird said.

Her car was still parked near the front gates of Memory Grove.

Family, friends, co-workers and authorities joined in searching the area Monday, aided by search dogs and helicopters. Some of the searchers were on horseback.

The family and friends also passed out fliers door to door.

A tearful Mark Hacking said he was grateful to the people who have volunteered to search for his wife. "It really blows me out of the water to see how many people care and are willing to give so much of themselves," he said.

The woman's brother-in-law, Scott Hacking, said she has gone running about three times a week for four years.

"She's very familiar with the area. She's in very good shape," he said.

Lori and Mark Hacking have been married almost five years. They learned last Thursday that she is five weeks pregnant.

They planned to move next week to Chapel Hill, N.C., where Mark Hacking is to attend medical school.

Mark Hacking works the night shift at inpatient psychiatry and usually is sleeping when Lori Hacking goes running. She normally returns home about 6:30 a.m. to shower and get ready for work. "Then I usually drive her to work," he said.

On Monday, he woke up later in the morning and called Wells Fargo and learned she had not arrived for work.

The park and canyon have been closed to everyone but searchers, Baird said.