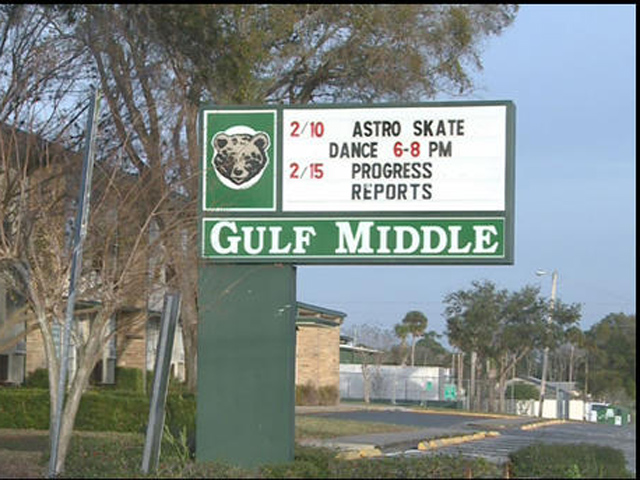 (CBS/WTSP/AP) NEW PORT RICHEY, Fla. - Authorities say an 11-year-old boy cornered a special education student in the bathroom of a Tampa Bay area middle school and tried to set him on fire.

According to CBS affiliate WTSP, the police report states that the boy "took a can of Old Spice body spray and lit the spray stream on fire." He then "directed the fire stream at fellow student."

New Port Richey police say the victim was trapped in the bathroom stall and could not escape the flames. According to police reports, he was not seriously injured but his pants briefly caught on fire and the hair on his arm was singed.

The school's resource officer told WTSP it doesn't appear the two students involved had an ongoing issue. The student who lit the flames has a clear disciplinary record at the school. The resource officer also doesn't believe it was a targeted attack but more for "entertainment."

Police say the boy was arrested and charged with aggravated battery. He was taken into juvenile custody.