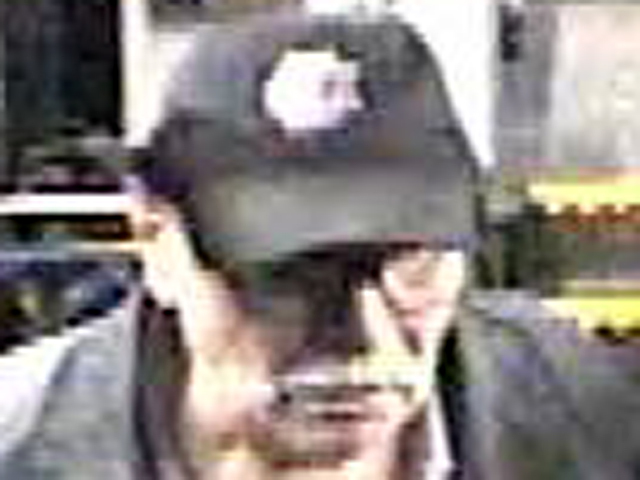 LITTLETON, Colo. - Authorities investigating a fire that led to the discovery of a pipe bomb and propane tanks in a Colorado mall released three new surveillance photos Friday of a man now considered a suspect in the case.

The new photos of the man show him riding a public bus away from Southwest Plaza Mall on Tuesday evening, the night before the fire.

They provide the best view yet of the man, who has a grey mustache. He has on the same clothes he wore in previously released photos of him at the mall Wednesday.

The latest photos show a University of South Carolina logo on his baseball hat.

Correspondent Rick Sallinger of CBS News station KCNC-TV in Denver told "The Early Show" Friday morning that sources close to the investigation told him that the propane tanks used in the bomb were purchased at a Target store located just across the mall from where the bombs were placed.

Authorities originally considered the man a person of interest in the case, but Jefferson County sheriff's spokesman Mark Techmeyer said Friday that information from the investigation led investigators to consider him a suspect. Techmeyer wouldn't elaborate.

Other photos of the man show him entering a stairwell at the mall through a door not normally used by the public and riding an escalator, carrying a plastic shopping bag.

The FBI's Joint Terrorism Task Force, composed of federal, local and state law enforcement agencies were chasing down information called in by the public, examining surveillance video, and contacting stores or businesses where the suspect may have been.

Physical evidence collected as part of the investigation has been sent to an FBI crime lab in Quantico, Va., for testing, said FBI Denver spokesman Dave Joly. Results of the test of the evidence or a detailed description of the fire and apparent explosive device are not being released because of the ongoing investigation.

"We are still conducting interviews and do not want to taint witnesses' accounts," Joly said.

The mall is about 2 miles away from Columbine High School and within sight of a memorial to the victims in an adjoining park. The fire and the discovery of the explosives came on the 12th anniversary of the shootings that killed 13 people. Authorities couldn't help seeing similarities between the two events, which happened around the same time of day.

The two propane tanks found at Southwest Plaza Mall were discovered in a hallway of the food court after the fire was reported around 11:50 a.m. Wednesday.

The Columbine shootings started at 11:19 a.m. and ended at 12:08 p.m. on April 20, 1999, with the suicides of the two teenage gunmen. Unexploded pipe bombs and propane tanks with explosives attached were found in the school cafeteria after the shooting.

Through the years, students across the country have been accused of threats and incidents modeled after Columbine.

The school attack instantly came to the mind of Brian Rohrbough, whose son Daniel was killed at Columbine. He drove by the mall Wednesday on his way to the Columbine memorial and saw the emergency vehicles.

"The very first thing that went through my mind is to pray that no one is injured here and that this is not a Columbine-style attack," he said.

Linda Sanders, the widow of the only teacher killed at Columbine, Dave Sanders, told Denver's KUSA-TV she was inside the mall on the Columbine anniversary with her daughters and grandchildren.

"Just because time has gone by, for something like this, I think we need to be aware. We need to hype, or whatever you want to say, the security around this date. Or around the date of any of these tragedies, because there are copycats out there," she said.