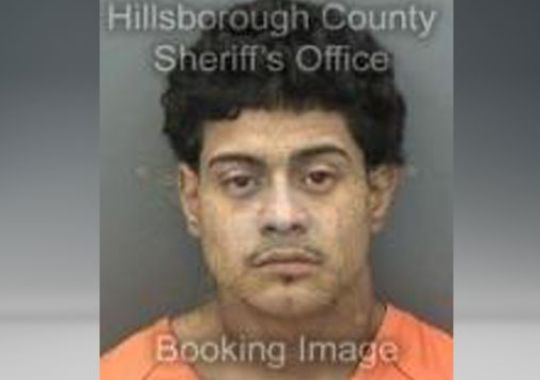 TAMPA, Fla. -- Police say that a Tampa man allegedly shot his nephew's mother and father early Saturday morning -- and the toddler witnessed it all, according to CBS affiliate, WTSP.

Angel Perez, 22, is also accused of killing his girlfriend, police added. The triple murder happened in east Tampa around 2 a.m. Saturday morning, according to the station.

Police say that George Gort, 25, and his girlfriend Brittany Snyder, 23, were allegedly shot and killed by Perez. After the shooting, Perez began to argue with his own girlfriend, Olivia Miller, 22, and allegedly shot her as well. Police say that he then drove the third victim and his nephew to the hospital, where she later died.

"My nephew witnessed everything," Millie Gort, the sister of the victim George Gort, told WTSP. "He ran and told the nurse. He said my uncle Angel shot my poppy. He shot my poppy."

He was then arrested by police. A friend of the boy's father told the station that Perez was a known gang member.

"They always say Angel is the bad apple [of] the bunch," said the friend. "It was shocking tragic news when I heard about it."

Police also told reporters that Perez had been arguing with Gort over custody of his nephew.

"He [the nephew] basically lost his mom and his dad because his real mom was never around which is Angel's sister," Millie told the affiliate.

Snyder and Gort had been looking forward to the weekend. It was supposed to the boy's third birthday, according to Millie.

The three-year-old is now in his grandmother's care, according to WTSP.