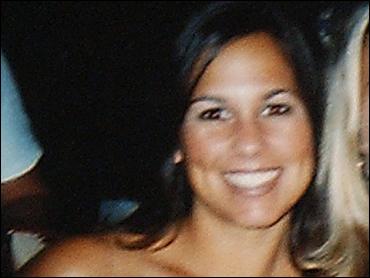 A police officer described in painstaking detail Wednesday the search for Laci Peterson after her husband, now charged in her murder, reported her missing.

Searchers first scoured a park near the couple's home looking through "bushes ... piles of leaves, anything at all" and checked with registered sex offenders and recent parolees in the area, Cloward testified at Peterson's trial.

The search then expanded to cover the entire city of Modesto, in manholes, rivers, alleys, canals and orchards, Cloward said.

Peterson's attorneys have accused authorities of conducting a sloppy investigation and focusing too quickly on Peterson to the detriment of other leads. They have asserted that someone else abducted Laci Peterson while she walked their dog.

In April 2003, the remains of Laci Peterson and her fetus washed ashore just miles from the area where Peterson says he was fishing the day she disappeared.

Prosecutors allege that Peterson, 31, murdered his wife in their home on or around Dec. 24, 2002. He could face the death penalty or life without parole if convicted.

On Tuesday, Modesto police Officer Jon Evers testified that Peterson quickly produced evidence for an alibi after he reported his wife missing on Dec. 24, 2002, but police were suspicious and immediately began checking his story that he had been on a fishing trip that day.

He had told police he returned from the trip to San Francisco Bay to an empty home. Evers said that as he and Peterson walked around the home, Peterson volunteered a parking receipt from a marina in Berkeley.

But under cross-examination, the defense confronted Evers with statements he made during Peterson's preliminary hearing.

Defense attorney Mark Geragos read a transcript in which Evers said Peterson didn't produce the receipt until after he was asked if he could prove his fishing story.

Evers, the first police officer sent to the Peterson home, also testified that although he didn't see "any obvious evidence of a struggle," small clues suggested that something was amiss.

One was a crumpled throw rug, Evers said. That testimony came a day after one of Evers' colleagues testified that the rug, a wet mop and a pile of dirty towels in the otherwise tidy home seemed suspicious.