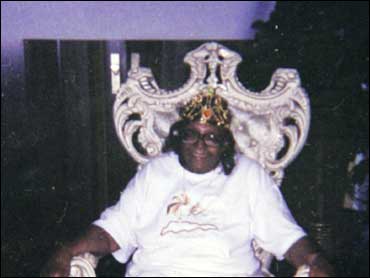 A jury convicted an Atlanta police officer Tuesday of lying to investigators after a disastrous drug raid that resulted in the death of a 92-year-old woman, but cleared him of two more serious charges.

After deliberating for parts of four days, the jury convicted Arthur Tesler of making false statements. He was acquitted of charges that he violated his oath of a public officer and false imprisonment under color of legal process.

Tesler, who is on leave from the police force, faces up to five years in prison.

Plainclothes narcotics officers burst into Kathryn Johnston's northwest Atlanta home on Nov. 21, 2006, using a special "no-knock" warrant to search for drugs. Johnston fired a single bullet at the invaders, and they responded with a hail of 39 bullets. Johnston was hit five or six times.

Tesler, 42, was the only officer involved to face a jury on charges related to the raid. Two other officers, Jason R. Smith and Gregg Junnier, have pleaded guilty to state manslaughter and federal civil rights charges.

Police originally said they had gone to the woman's house after an informant bought drugs there from a man known only as "Sam." But in the weeks after the killing, a probe revealed holes in the story.

After searching the home and finding no drugs, the officers tried to cover up the mistake, prosecutors said. They said Smith handcuffed the dying woman and planted three baggies of marijuana in the basement of her house. He then called informant Alex White and told him to pretend he had bought crack cocaine at the house, they said.

White later filed a federal lawsuit against the city and police, claiming that police kidnapped and held him against his will for hours in hopes he would help them with the cover up.

Tesler was stationed at the back of Johnston's home and never fired a shot during the raid, according to testimony. He testified that his former partners, Smith and Junnier, planned the cover up, and said he feared they would frame him if he didn't go along with their plan.

The shooting brought scrutiny to the police use of no-knock warrants, which are typically used to search for drugs and weapons. The state Senate has since voted to tighten requirements to obtain the warrants, but the House has yet to follow suit.

The botched raid also led to an investigation of the Atlanta Police Department, which forced the department to tighten its warrant requirements, and led to a shakeup of the narcotics unit.

The shooting, which took place in a crime-ridden west Atlanta neighborhood, has enraged many civil rights activists who say it was an example of the police department's shoddy treatment of residents in Atlanta's poor neighborhoods.

Some of the activists expressed relief at the verdict. The Rev. Markel Hutchins, a Congressional hopeful and spokesman for Johnston's family, called the verdict "a measure of justice."

"Is it complete justice? We don't think so," Hutchins said outside the courtroom. "But what we do know is too often police officers have been found not guilty for crimes they've committed. Kathryn Johnston today is vindicated."