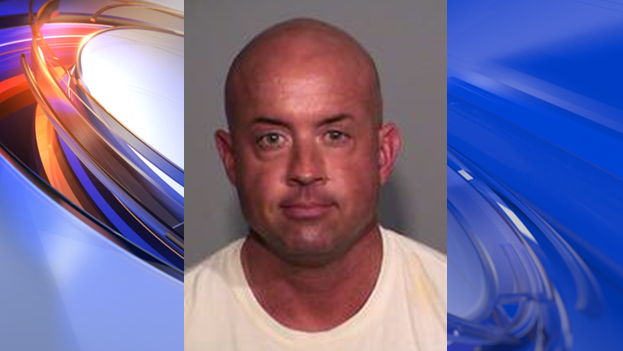 INDIANAPOLIS, Ind. -- An Indianapolis police officer ordered by a court not to have contact with the woman accused of attacking him was charged for allegedly flaunting their relationship on Facebook, reports CBS affiliate WTTV.

After Jason Thomas was allegedly beaten by his girlfriend, Amanda Nickless, on April 16, a judge ruled the two were to stay away from each other. The incident had been serious enough that the woman was charged with battery resulting in bodily injury and criminal mischief.

But police say Thomas and the woman immediately disobeyed the court order, and despite repeated social media posts showing them together, Thomas spent months lying to fellow Indianapolis cops about their ongoing relationship.

The alleged subterfuge, police say, began the day after Nickless was charged. She posted bond and Thomas picked her up from jail in his squad car, according to police. Ten days later she failed to show up for a court hearing and a warrant was issued for her arrest.

Investigators had trouble tracking her down, and they say Thomas claimed to not know where she was.

On May 17, while police were still searching for Nickless, Thomas posted a photo of himself with her on his Facebook page.

"Hi friends. This is Amanda. I made her a promise to quit hiding us. She is my soul mate," he wrote alongside the photo. "I have made a commitment to her forever. I've made my mistakes and I'm ready to move forward in life with us. Thanks for the support and genuine kindness that has been shown to us."

A similar photo of Nickless and Thomas was posted on June 6, police say.

Nickless was caught 11 days later, and in a hearing soon after Thomas denied seeing her after the woman's April arrest. He later told police that he didn't know about the court's no contact order.

But police said they recorded a phone call he made to Nickless, while she was in jail, in which they discussed the order.

Thomas was arrested Nov. 12. He's been charged with assisting a criminal,which is a felony, and providing false information to investigators. He has also been suspended from the Indianapolis Police Department, whose chief recommended his termination to the Civilian Police Merit Board, a release from the department said.

Nickless was sentenced to a year of probation and monitoring for violating the court order, and the original charges of battery and theft were dropped.