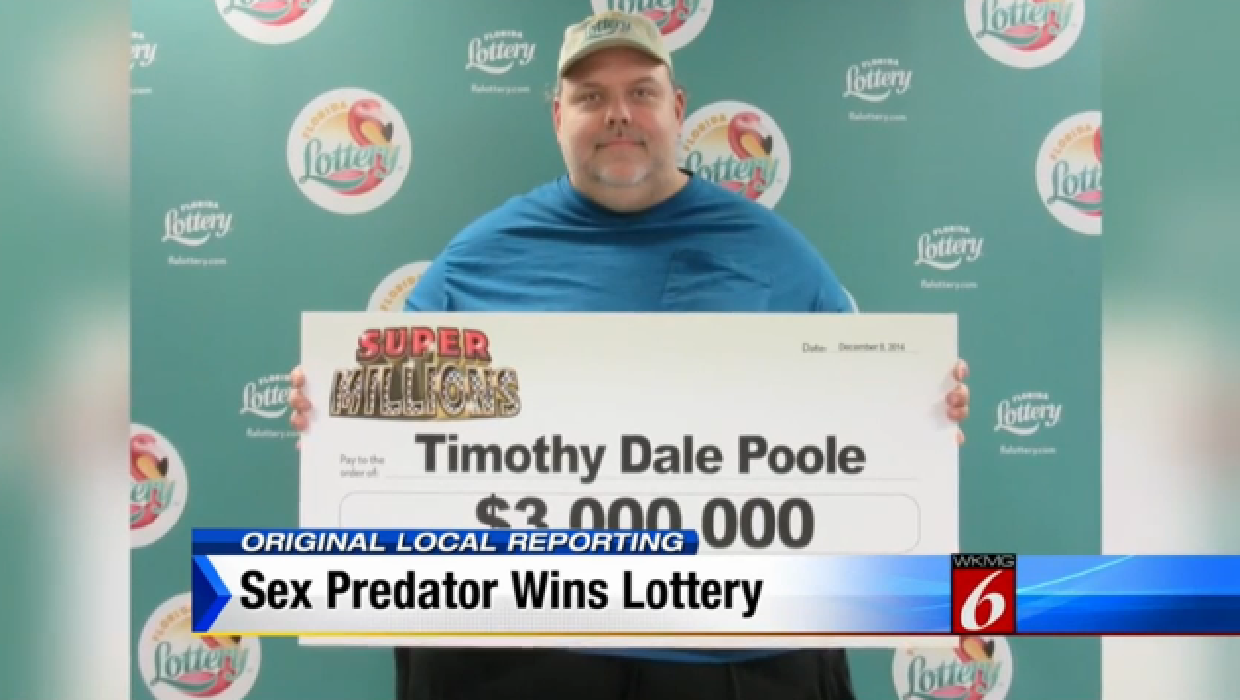 According to the station, Timothy Poole purchased the winning ticket last weekend at a convenience store in Mount Dora, near Orlando. Lottery officials say he chose to receive his winnings in a one-time, lump-sum payment of $2,219,807.

"He was flabbergasted. He couldn't believe it," Floyd Snyder, a friend of Poole who was with him when he hit the jackpot, said. "It was quite a remarkable thing. My heart is still beating."

Poole is listed on a Florida Department of Law Enforcement website as a sexual predator. State law does not allow the lottery to withhold payments from winners based on their criminal records.

According to WKMG, Poole was arrested in 1999 on a charge of sexually battering a 9-year-old boy. According to an arrest affidavit obtained by the station, Poole was a friend of the victim's family and once lived at their home.

Poole denied the allegations but pleaded guilty to attempted sexual battery as part of a plea bargain and was sentenced to time served in jail. He served a total of 13 months in jail and was ordered to serve 10 years of sex offender probation and register as a sexual predator.

His probation was revoked in 2003 after he failed to show up for counseling sessions. He was then sentenced to three years in prison and was released in 2006.

Poole spoke with WKMG in November as part of a report on where convicted sex offenders are employed. Poole works as a driver and dispatcher for Triangle Cab, a Mount Dora taxi company owned by his mother, according to the station.

Poole told the station he was wrongly accused.

Snyder, Poole's friend, says he believes Poole should enjoy his lottery winnings. He says his friend plans to invest some of the money in his mother's taxi business.

"He's a very positive person. Very kind. Giving. I think that's why he won," Snyder told the station. "It's Christmas-time and the dude deserves a break."