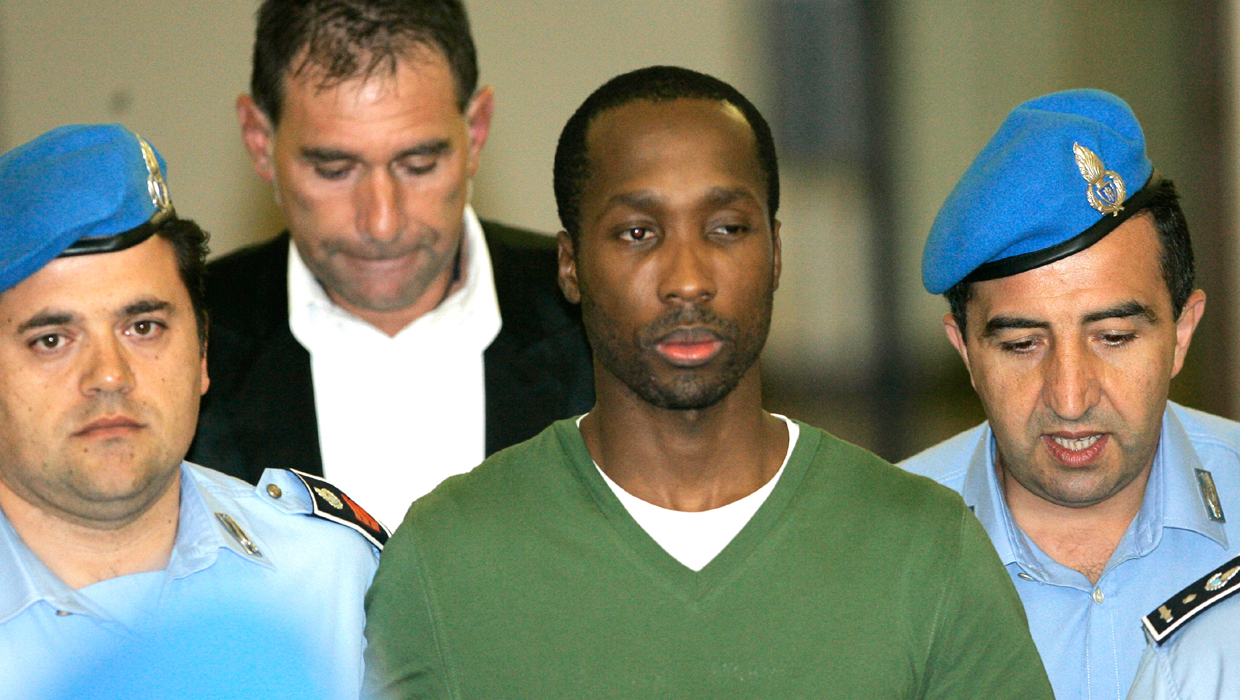 (Editor's Note: Doug Longhini is a CBS News' 48 Hours producer who has been covering this case for six years, and was in Perugia, Italy within days after Meredith Kercher was killed.)

NEW YORK - If London’s Daily Mirror newspaper is correct, Rudy Guede, the man who killed Meredith Kercher, may be one step closer to freedom today. It also means we may see the following in an Italian personal advice column:

Dear Advisor: I need help with my study group.

I am 27 years old and just started college. I have been out of circulation for the past seven years (long story). I am studying history and finding it challenging. I have joined a history study group at school. There are several young women in the group. My question is this: is there a good time to tell the group that several years ago, I brutally killed a beautiful young woman who was also going to college.

That is how the Daily Mirror referred to Rudy Guede today; “Jailed Knife Maniac.” The paper’s front page headline read, “Meredith Killer Freed to Study.” The paper revealed that Rudy Guede is currently eligible for daily release from prison and said the convicted murderer plans to study history and get a degree. Guede’s lawyer told the Mirror that the prisoner could next be eligible to spend most of his day outside and only have to return to jail to sleep. Guede’s lawyer also told the Mirror that Guede could be completely free in four years. An already hard to understand Italian justice system has now become almost impossible to comprehend.

In October 2008, a court in Perugia, Italy found Guede guilty of the murder of British student Meredith Kercher in November 2007. Guede was sentenced to 30 years. But a year later, an appeals court dropped the sentence to 16 years. Guede currently resides in a prison 50 miles from Perugia in Viterbo, Italy.

Guede’s breath-taking probation conditions come less than two weeks after Amanda Knox was sentenced to 28 and a half years in prison after being convicted, for the second time, of the Kercher murder. Not only are the Guede v. Knox sentences out of whack, so is the respective evidence against them. Guede’s DNA and fingerprints were all over the crime scene. There wasn’t a trace of Knox’s.

Italy’s prisons are overcrowded; an estimated 67,000 prisoners for 47,000 places. The European Union has been on Italy’s case to do something about the overcrowding. And Italy’s Minister of Justice, Annamaria Cancelliere, has said that the prisons are unworthy of a civilized country. So the Justice Minister has started opening the gates.

Cancelliere told an Italian newspaper, “We must point to a different type of detention. A prisoner shouldn’t have to rot in his cell all day long.”

For right now, Rudy Guede hasn’t taken advantage of his day passes to the outside, according to his lawyer in Perugia.  The attorney told the Mirror that Guede is worried that when he leaves prison to attend classes, or meet with his tutor, the media will harass him.  But that worry will fade and sooner or later, and Guede will exchange prison stripes for a backpack and a hall pass.

As for our fictional advice columnist (above), here is her answer to the question, "Is there a good time to tell the group...I killed a beautiful young woman?"

You are scaring me.  You remain unrepentant and in denial.  Stay in jail and keep away from young college women.  As for your history studies, get a degree online, from behind bars.