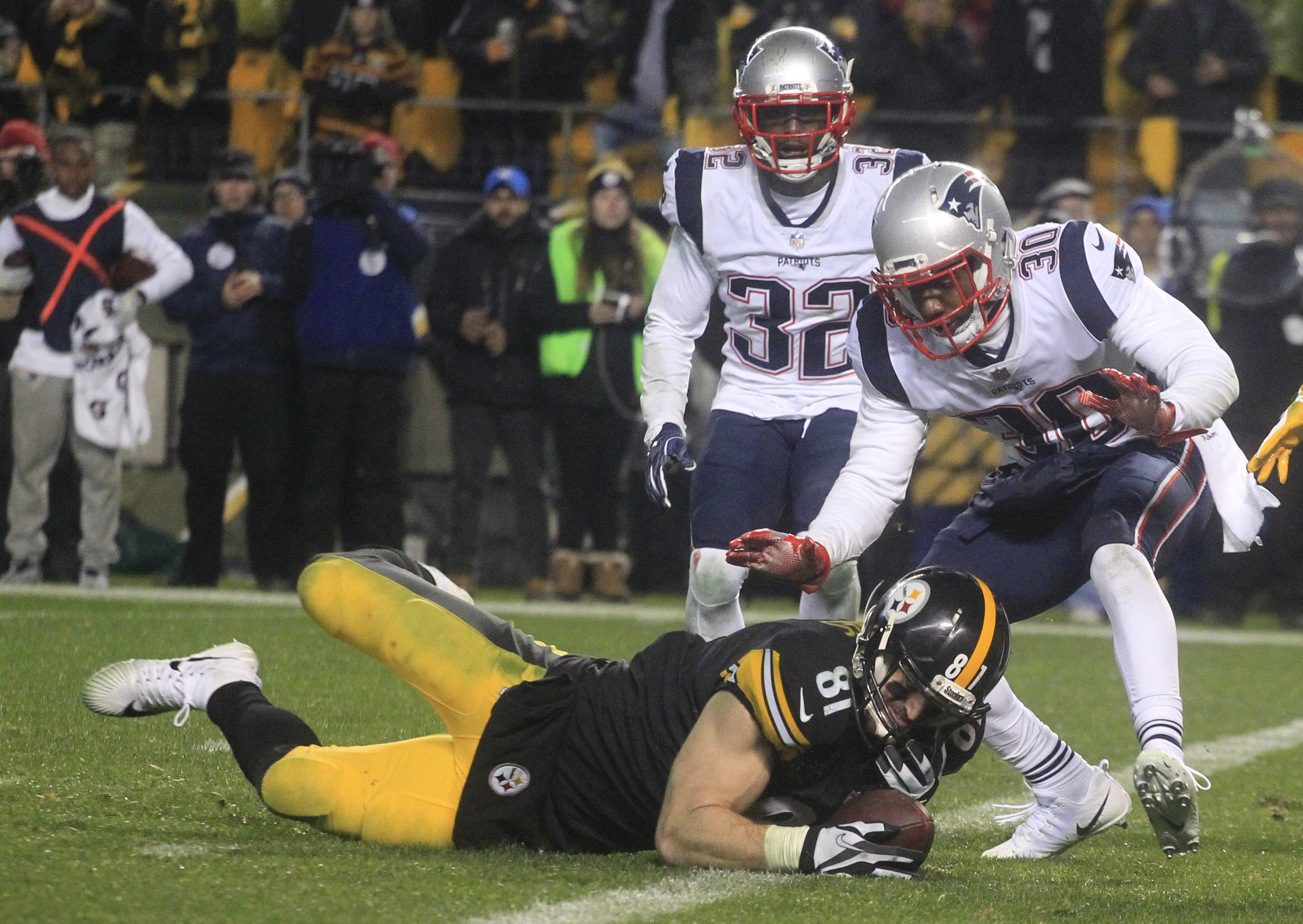 PITTSBURGH -- The New England Patriots have built a dynasty on second chances. Miss an opportunity to bury the Super Bowl champions and they will find a way to find a way, usually behind a mix of Tom Brady and Rob Gronkowski, and defensive playmaking at just the right time.

It's a lesson the Pittsburgh Steelers have learned through the years, one they were determined to finally learn from this time around. Instead, more of the same.

Another AFC East title, a record ninth in a row.

Another shot at home-field advantage throughout the AFC playoffs.

This one came with an assist from the NFL rule book that will add "surviving the ground" to the league's ever-expanding and ever-perplexing lexicon.

Plus, the risky decision by the Steelers quarterback not to spike the ball and set up a tying field goal, which could reverberate well into January.

"It was a tight game," said Brady, who fed Gronkowski repeatedly to set up Dion Lewis' go-ahead 8-yard touchdown with 56 seconds remaining. "We just made one more play than they did."

Same as it ever was.

The Patriots (11-3) can make sure they don't have to leave Foxborough in January if they finish up the regular season with wins over Buffalo and the New York Jets. Brady finished with 298 yards passing with two touchdowns and an interception. Gronkowski, fresh off a one-game suspension, finished with nine receptions for 168 yards, including three on the winning drive.

That drive, by the way, started with Pittsburgh safety Sean Davis letting a tipped pass slip off his fingertips. Instead of a game-sealing interception, the Steelers gave New England another shot. Brady responded by finding Gronkowski for gains of 26, 26 and 17 yards.

The Steelers (11-3) played most of the game without star wide receiver Antonio Brown, who left in the second quarter with a left calf injury. Still, the AFC North champions gamely hung in and appeared to take the lead when Roethlisberger connected with tight end Jesse James for a 10-yard touchdown with 28 seconds to go.

The play was overturned on review, with official Tony Corrente explaining that because the ball shifted as James twisted his way into the end zone , it did not "survive the ground" and therefore wasn't a catch.

"He lost complete control of the football," Corrente told a pool reporter.

That decision that left James stunned.

"I guess I don't know a lot of things about football," James said. "I can't call it, obviously. They think they made the right call. I'm sure we'll see it over the next couple days."

Probably far longer than that.

CBSSports.com's Kevin Skiver wrote, "Historically speaking, Jesse James should be doing the robbing. However, the Steelers and their fans feel cheated after James apparently scored with under 30 seconds remaining in the game against the Patriots. … This has fans of 31 teams asking: Just what in the world is a catch? It seems like every few years -- or even weeks -- we get one of these calls. Why can't we seem to get a definitive idea of what a catch is, and why isn't the eye test good enough?"

Instead, he lost it.

His pass to Eli Rogers was batted into the air, and New England safety Duron Harmon came down with it. The Patriots had their fifth straight victory in a series that would feel more like a rivalry if the outcome wasn't always the same.

"We're not going to look back and second-guess anything or anybody," Roethlisberger said. "We lost a game and I threw a pick in the end zone at the end of the game to lose it."

Roethlisberger completed 22 of 30 passes for 281 yards with two touchdowns and the pick. Le'Veon Bell ran for 117 yards and added another 48 receiving. Still, it did little to take away the sting of a near miss.

"I'm not into moral victories right now," Roethlisberger said. "We just lost a game. It doesn't sit well. But the season is not over."