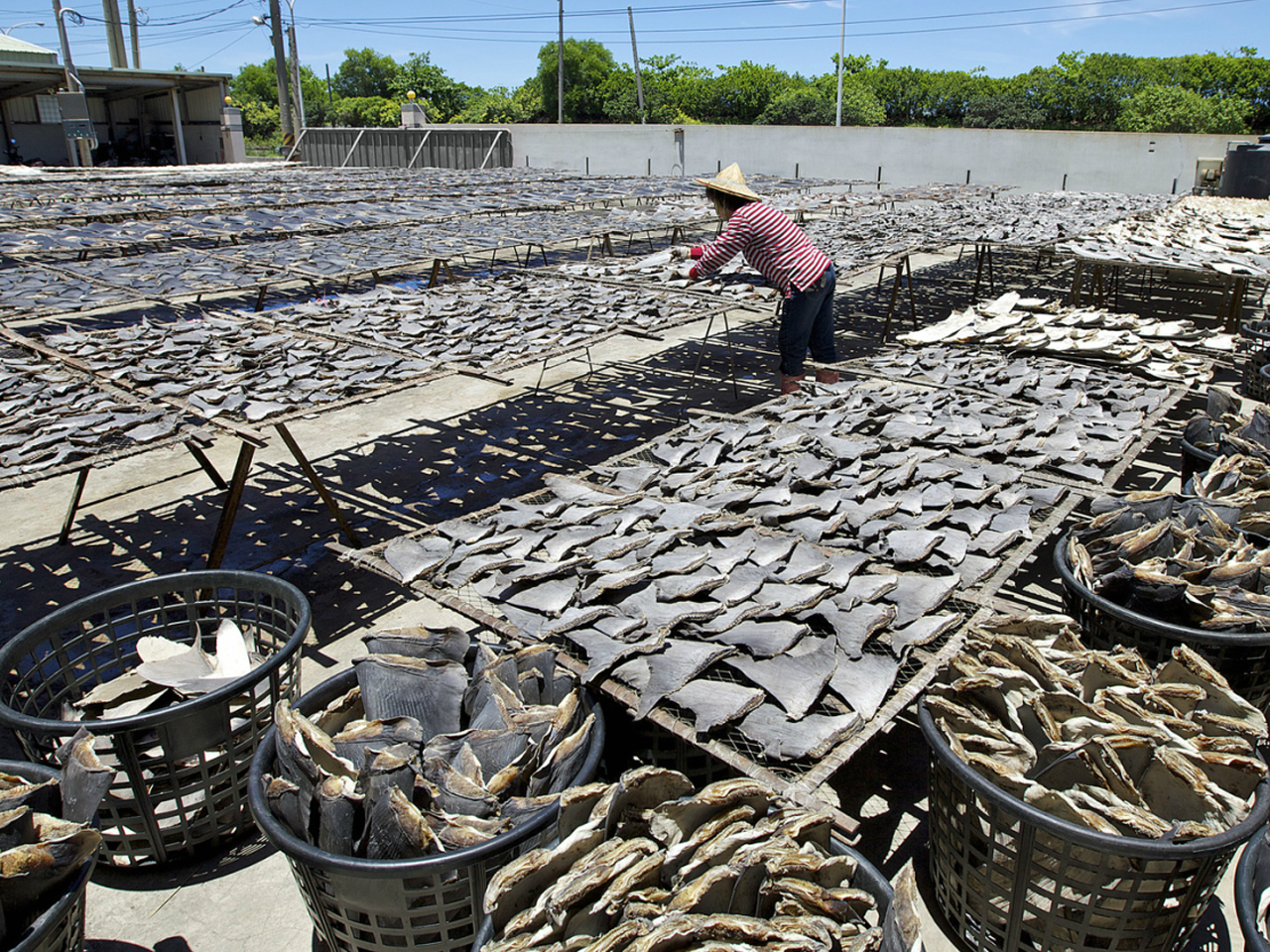 BANGKOK Conservationists at a global wildlife conference on Monday voted to regulate the trade of shark species that have been threatened because their fins are used to make expensive delicacies in Asia.

Delegates at the triennial meeting in Bangkok of the Convention on International Trade in Endangered Species of Wild Fauna adopted the proposals to put the oceanic whitetip, hammerhead and porbeagle sharks on a list of species whose trade is closely controlled.

More than two dozen species of shark are officially endangered, and more than 100 others considered either vulnerable or near threatened. Like manta rays, sharks are seen as valuable to nations with dive tourism industries, with island territories such as the Bahamas, Fiji and the Maldives deriving major benefits. Eleven nations, including Brazil, the U.S. and Egypt, proposed regulating trade in the species.

Sonja Fordham, the founder of U.S.-based Shark Advocates International, said in a statement she was pleased with the votes. "These highly-traded, threatened shark species urgently need protection from the unsustainable trade that jeopardizes populations, ecosystems, livelihoods, and ecotourism."

Rebecca Regnery, deputy director of wildlife at Humane Society International, said the proposal adoptions were "the only way to truly give some of the most heavily-traded species a respite from the commercial onslaught."

Supporters said the species' numbers have declined due to overfishing and being accidentally caught by fishermen chasing other types of fish.

Japan and China were among the proposals' opponents. They argued that shark population control should be handled by regional fisheries management organizations.

Threats against oceanic whitetip and hammerhead sharks are driven by demand for their fins, while porbeagle sharks are targeted primarily for their meat in Europe.

CITES meets every three years to discuss how to best regulate trade in plants and animals to ensure the survival of more than 35,000 species. CITES delegates represent 178 governments, as well as businesses, non-governmental organizations and groups speaking for indigenous peoples.