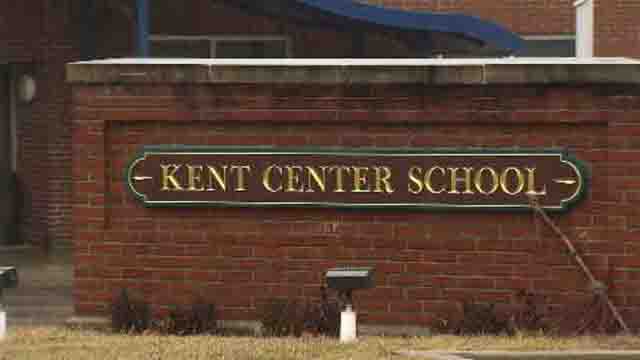 KENT, Conn. -- A Connecticut town is considering a program that would arm teachers at its only school.

Kent selectmen voted 2-1 on Wednesday to present information about the "FASTER Saves Lives" program to the Kent Board of Education. The board will ultimately decide whether to implement the program at the pre-K through eighth-grade Kent Center School.

The nonprofit Faculty/Administrator Safety Training and Emergency Response program would provide trauma kits and firearms training to school personnel in the event of a hostile act or intrusion.

"I guess I'm really on the fence," Kent parent Paulette Menniti told CBS affiliate WFSB. "That's a really touchy subject. It's really hard to make that call. I want my children safe, but at the hands of someone who is extremely well-trained and someone with a good mind and sound mind. That, of course, is up to opinion."

First Selectman Bruce Adams is the only one of the three selectmen who voted against the proposal.

"I didn't feel that our small elementary school is ready for, or needs armed people," Adams told the station.

Kent is about 20 miles from Newtown, where 26 teachers and students were shot and killed at Sandy Hook Elementary School in 2012.

In an interview Thursday with The Associated Press, Connecticut Gov. Dannel P. Malloy said he's particularly concerned that the program would also allow anonymous volunteers to carry weapons at school. It offers 26 hours of training during a three-day class in Ohio.

"If any board of education would approve this, I'd be shocked, frightened and disappointed," said Malloy, who said he felt compelled to comment publicly about the situation. "It makes no sense. And no school system in the state of Connecticut should be allowed to do this."

He told the Danbury News Times on Thursday that reaction to the proposal has "gotten out of hand."

"It's being suggested that teachers would be walking around the school visibly packing guns," he said. "If Kent went into this program, the gun or guns would be concealed. It would be up the Board of Education how the gun would be kept, possibly in a safe with access for trained staff."

Malloy said if school districts want properly trained security, such as former police officers, it's their decision to make.