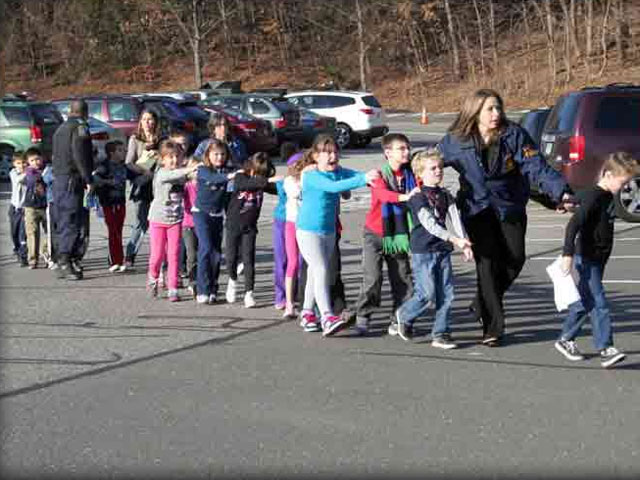 (CBS/AP) NEWTOWN, Conn. - Connecticut State Police say they are assisting local police in Newtown amid reports of a shooting at an elementary school.

The shooting was reported at Sandy Hook Elementary School in Newtown, in western Connecticut.

The Hartford Courant reports there are multiple injures and unconfirmed reports that one of the shooters is dead while the other is still at large.

The school superintendent's office says the district has locked down schools to ensure the safety of students and staff.

State police spokesman Lt. Paul Vance says they have a number of personnel on the scene to assist.