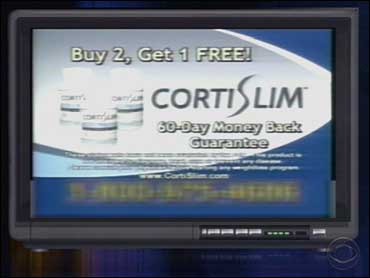 Television viewers jarred by abrupt spikes in volume during commercial breaks may someday be able to give their mute buttons a rest.

"I not only dive for the mute button, but I end up having to close my windows so that the blast doesn't affect by neighbors," says Congresswoman Anna Eshoo. "I live on a cul-de-sac, and so the sound resonates."

Irritated with loud commercials, the California Democrat found it was also a common complaint with the Federal Communications Commission. So she drafted a bill aimed at preventing TV ads from playing noticeably louder than the programs they sponsor.

The House is scheduled to vote Tuesday on the bill. An identical measure has been introduced in the Senate by Sen. Sheldon Whitehouse of Rhode Island. Even if they become law, will viewers notice much difference? Maybe, maybe not, some experts say.

Eshoo's bill originally prescribed that television advertisements could be no louder than the average maximum loudness of the programs they accompany. She changed her bill to instead adopt guidelines developed by the TV industry, which she said will accomplish the same goal.

"I didn't go with the industry," she said. "I prodded the industry to come up with the technology and the standards. And they did."

Robert Thompson, a professor of television and popular culture at Syracuse University, says Congress should have higher priorities than strident commercials.

"The idea that this is a problem that is so big that it requires legislative action is incredibly absurd," he said. "I don't think anyone's ears have ever been damaged by this."

Right now, the government doesn't have much say in the volume of TV ads. It's been getting complaints ever since televisions began proliferating in the 1950s. But the FCC concluded in 1984 there was no fair way to write regulations controlling the "apparent loudness" of commercials.

Correcting sound levels is more complicated than using the remote control. The television shows and ads come from a variety of sources, from local businesses to syndicators.

Managing the transition between programs and ads without spoiling the artistic intent of the producers poses technical challenges and may require TV broadcasters to purchase new equipment. To address the issue, an industry organization recently produced guidelines on how to process, measure and transmit audio in a uniform way.

Eshoo's bill requires the FCC to adopt those recommendations as regulations within a year and begin enforcing them a year later.

Richer's group doesn't have a position on the bill, but he said he hopes the government doesn't do something that complicates the industry's own attempt to smooth out the volume. Consumers Union and the American Association of Advertising Agencies support the legislation. The National Association of Broadcasters declined to comment on it.

Even once the adjustments are in place, listeners may still notice different volume levels, Richer said. Sound spikes can be part of the storytelling - the screeching sounds of a car, for example - and some commercials may just seem noisy because they follow a quiet, intense scene.