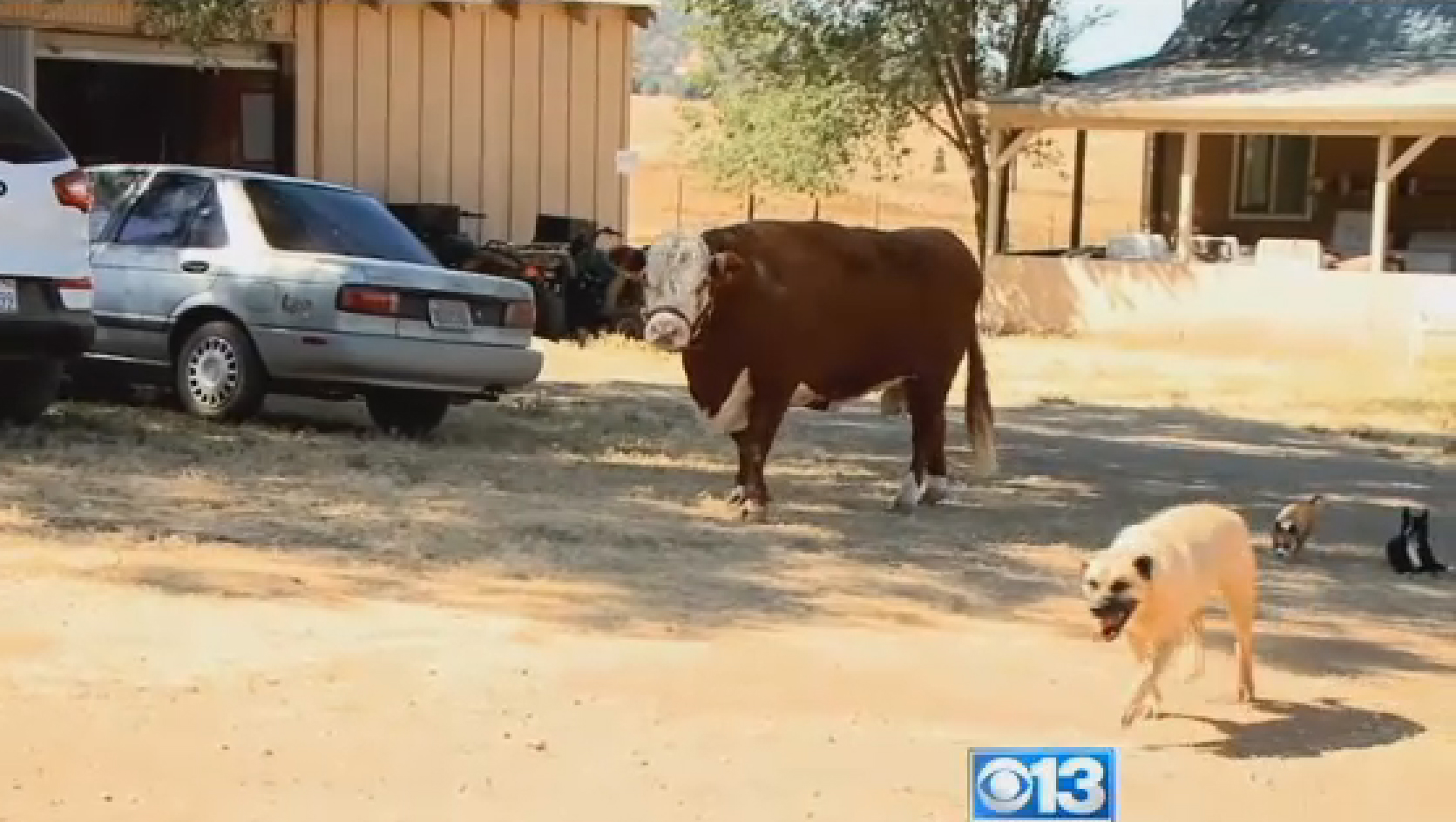 EL DORADO COUNTY, Calif. -- Mooooove over, pups! When a pack of dogs comes running at the Grace Foundation ranch, it's a safe bet that Milkshake the cow will be among them.

Milkshake usually hangs out with the dogs, as CBS Sacramento reports, because she thinks she's a dog.

Milkshake was saved from an abusive owner four years ago by the Grace Foundation, an animal rescue organization in El Dorado County.

And every time Milkshake appears, it brings all the dogs to the yard.

"I think a lot of people think it's like a trick," the foundation's Beth DeCaprio said.

As DeCaprio walked along the ranch's grounds with a reporter, she was followed by a number of dogs -- and Milkshake.

But how can this half-ton bovine running around these 10- and 30-pound canines not know she's a cow?

"She really doesn't know. She was never really around another cow. We got a cow friend for her," DeCaprio said.

Milkshake feels comfortable with the pack, and like a dog, she's even tried to get in the backseat of DeCaprio's car. And when Milkshake is invited, she has no problem hanging out in the house.

In addition to her identity crisis, Milkshake has a few other issues. She gets separation anxiety when DeCaprio leaves the ranch.