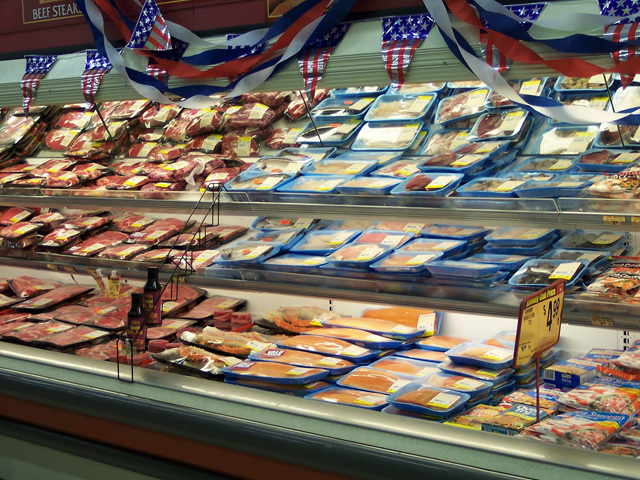 (MoneyWatch) Although the use of genetically modified foods goes back decades, it remains controversial. The latest battle is taking place in California, where a proposed ballot initiative would force retailers and manufacturers to label foods containing genetically engineered ingredients.

CA Proposition 37, as the measure is called, appears popular, with supporters heavily outnumbering opponents. But when it comes to lobbying around the initiative, that's another story. Those against the legislation have far outspent its backers, pouring more than 8 times the money into defeating the proposal.

One major food company that has publicly endorsed the measure is grocery chain Whole Foods (WFM), along with numerous other food vendors, according to an advocacy group formed to rally support for Prop 37. Support also has come from consumer interest organizations such as Public Citizen and labor groups such as the California Nurses Association and United Farm Workers.

According to MapLight, a nonpartisan research firm that that tracks money in politics, as of last week more than 1,900 proponents of Prop 37 -- a mix of individuals and organizations -- had donated a total of $4.1 million. By comparison, 187 organizations had spent $34.5 million to in hopes of defeating the proposal.

The largest contribution in support of Prop 37 came from Mercola.com, a natural health website, which chipped in $1.1 million. The top 10 proponents provided roughly $3.1 million out the total funding behind the measure. Of the $34.5 million raised in opposition, $24.1 million came from the top 10 contributors.

Despite the imbalance in lobbying funds spent on Prop 37, polls are reportedly running 2 to 1 in favor of the measure.

Monsanto alone, which markets crop seeds genetically modified to withstand the company's popular Roundup herbicide, donated nearly 21 percent of all funds in opposition to Prop 37. Some of the companies, such as Bayer, BASF and Syngenta, are based in Europe, where laws are already on the books requiring labeling of genetically modified foods.

Most of the measure's largest opponents did not respond to questions about the size of their donations. Monsanto, DuPont, PepsiCo and Syngenta declined comment and referred questions to a group formed to stop the proposal, No on Prop 37; Nestle forwarded the request to the Grocery Manufacturers Association industry group.

German chemicals giant BASF, which also opposes Prop 37, did explain why it is opposing the initiative.

"We support requirements for accurate and informative product labels that communicate information that is relevant to health, safety and nutrition," the company said in a statement. "However, we do not believe this is the case with Proposition 37. In our opinion, and public statements of those supporting Prop 37 make clear that, the intention of the ballot initiative is not to inform consumers, but rather to discriminate against agricultural biotechnology.... Biotech is vital to increasing abundance of food in a manner that is safe for humans and the environment."

People and organizations do not need to donate money to support one side or another, so there may be individuals and small businesses unaffiliated with these larger corporations opposing the proposition. The same is true for those who say they are in favor of the measure. For example, although Whole Foods and the United Farm Workers are listed as endorsing the proposition, neither appears in MapLight's list of Prop 37 contributors.